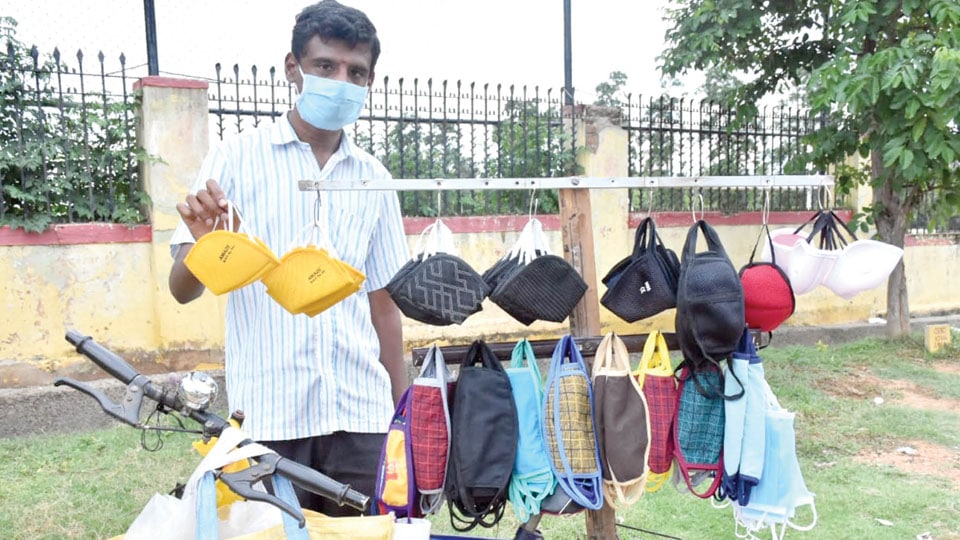 Mysore/Mysuru: Difficulty in breathing among 53 percent of population in Bengaluru and Mysuru has been one of the main reasons for not wearing face masks, according to a survey done in 18 cities across the country in the wake of COVID-19.

A survey done by ‘Apnamask’ under ‘Ek Desh’ campaign following compulsory wearing of mask, has compiled details of only Bengaluru and Mysuru cities in Karnataka. Among those who responded to the survey, 94 per cent are wearing mask. As many as 81 per cent of the responders opined it was necessary to wear mask to check the spreading of the pandemic. Fifty-three per cent of people are not wearing mask because of respiratory problem, it stated.

The survey revealed that 59 per cent of people prefer to wear the cloth mask than N-95 mask. Fifty three per cent wish to wear it while working and 54 per cent of people want to wear the mask in markets or crowded places. Eighty one per cent want their mouth and nose to be covered while wearing mask and 68 per cent of citizens re-use mask by washing it with soap instead of disposing it off. Rich and elite class people use N-95 mask more. Twenty-one per cent people wear the face shield along with mask, the survey added.