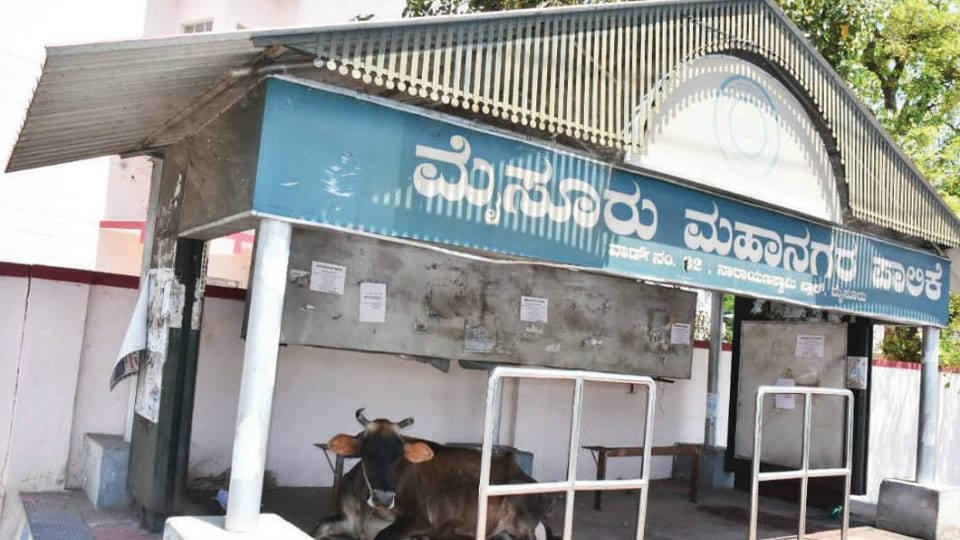 A bus shelter for cows near new Maharani’s Hostel !

Though this cow is taking shelter from scorching sun, it looks like the bus shelter near the new Maharani’s Hostel in Narayanaswamy Block in MCC Ward No. 32 is made for the cows. Cow owners let loose their cattle after milking them, to fend for themselves and the cows unable to bear the heat take shelter in whatever available places such as bus shelters. While the cows take shelter in the bus shelter, bus commuters stand outside the shelters to catch buses. Authorities concerned are urged to take steps to control stray cattle on roads for the benefit of the public.