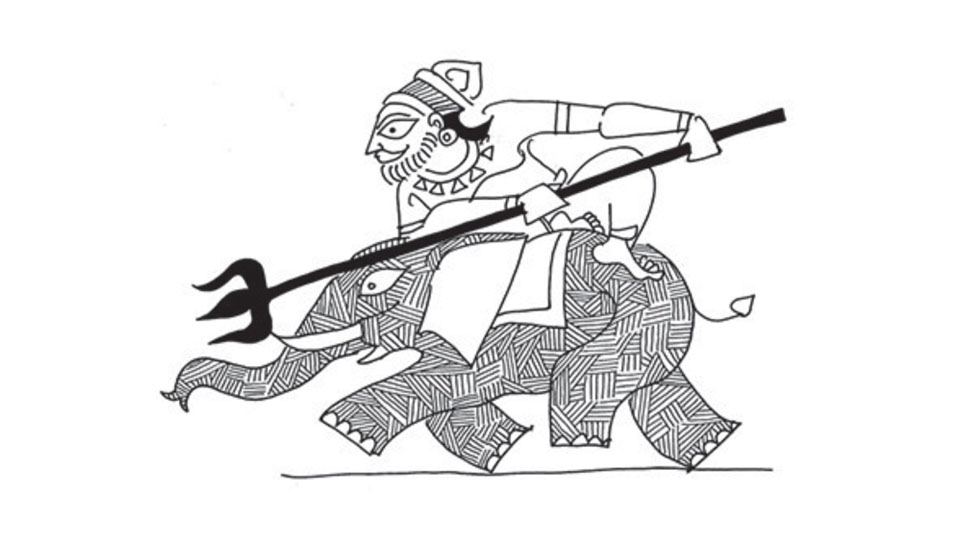 A Hinduism before Bhakti

A thousand years ago, India was very different from what it is today. North India had yet to face significant conquest by Muslim warlords from Central Asia. Sailors travelled from India’s coast to South East Asia taking advantage of the summer monsoon winds. When the winds reversed in winter, they returned home to Indian shores. These travels began many centuries earlier, perhaps as early as the time of the Buddha, 2,500 years ago, starting from Odisha and Bengal, and spreading to Tamil Nadu, peaking at the time of the Chola kings in 10th century CE.

Hinduism then was very different from Hinduism that we know today. The focus was on material success (artha) and physical pleasure (kama), with the overarching royal order (dharma) enabling this. There was little conversation on liberation (moksha) that gripped Hinduism in the last 1,000 years, following the rise of Vedanta acharyas such as Ramanuja and Madhva of South India. There was absolutely no conversation on devotion (bhakti) that is the cornerstone of Hinduism today. How do we know this? We just have to experience Hinduism that travelled with sea-traders to South East Asia and manifested in grand building projects between 800 CE and 1400 CE in what is now Cambodia, Thailand and Indonesia. These are Buddhist countries today, with an ancient memory linked to Hinduism that came earlier, before being displaced.

In most of these countries, historians have found layers of culture: first an indigenous tribal culture, over which sits Hinduism, often mixed with Buddhism, mostly the later Mahayana variety of the multi-armed and multi-headed Bodhisatvas, followed by the more formal and less flamboyant Thervada Buddhism with images of the serene Buddha in many postures, displaying many thought-provoking gestures. In some countries like Indonesia, this is displaced by Islam from 14th century onwards (though Islamic fundamentalists insist that ‘pure’ Islam rather than ‘Indianised’ Sufi Islam reached there much before the 9th century).

READ ALSO  Above many realms of desire

As one travels through the ruins of Angkor Wat, or experiences the Ramayana performances of Bali, or visits the grand Buddhist shrines of Thailand where kings were named after Ram and capitals after Ayodhya, one notices great familiarity with Gods like Shiva, Vishnu, Krishna, Ram, Indra and Brahma. You notice familiarity with the epics Ramayana and Mahabharata and with the mythological universe of the Ocean of Milk and Mount Mandara, even Swarga and Naraka and Naga-loka, common to Hinduism and Buddhism. There is less familiarity with Goddess worship, who has fewer icons. The story of the blood-drinking demon-queen Rangda in Bali seems vaguely familiar with Kali, but she is seen in a negative light, defeated by Barong, the lion-like leader of good spirits.

Most conspicuous by its absence is bhakti. No sign of the passionate songs of Alvar and Nayamnar poets who introduced bhakti to South India. No sign of Krishna’s Radha or raas-leela. No sign of madhurya-bhaav (romance), or viraha-bhakti (separation). Just images of war and triumph over nature and over enemies. Adventurous brahmin-priests travelled to these lands to make their fortune, as indicated by ancient legends of sages such as Agastya and Kaundinya, marrying local Naga Princesses. They built their reputation by enabling local kings, attracting fortune-bestowing energies through Tantrik practices centred around the mystical Shiva, and establishing order through the regal Vishnu. They were not interested, or less interested, in Vedanta or bhakti. And this reveals so much about the shifts in Hindu thought over time and space.