Home » Columns » A Nun’s Day Out with a Soothsayer! 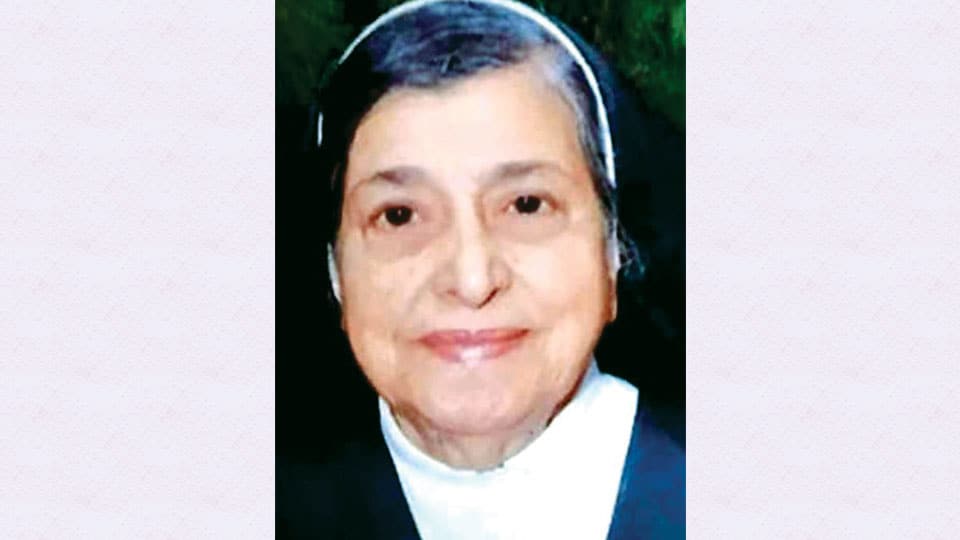 A Nun’s Day Out with a Soothsayer!

Last week KBG in a very touching epitaph upon her recent demise, wrote about Sr. Annette, a nun of the order of the Carmelite Sisters of St. Theresa and the former Principal of the Teresian College, whom KBG knew as a very close friend over many years.

Sr. Annette was indeed a household name, not just in our city but also in the neighbouring districts of both our State and Kerala because that is where a good many lady students have been coming from to study at the Teresian College which she headed for many years.

I knew her very well too, over many years, because of my close interaction with almost everyone who was associated with the activities of the Mysore Diocese. As I have said before in many of my writings, I had all my education till I entered Medical College, in educational institutions that were under this Diocese.

Today I would like to tell you about my close association with another nun, Sr. Petrina who too was from the same Carmelite order and who passed away recently in Mysuru, on 22nd July at the ripe old age of ninety three. She used to be a regular visitor to our house, sitting in conversation with all of us, including my mother, for whom she had a very special regard.

My friendship with her began in a very unusual and interesting way, thanks to my nature of creating funny situations at the slightest chance, sometimes even out of grim ones! I have begun this narration with a slight difficulty because I was not very sure whether I should begin it by giving you an idea of its background or leave it for the end. But I have chosen the latter option to keep the suspense intact!

Exactly forty years ago, way back in the year 1981 when I was a house surgeon in distant Gulbarga, I was once coming to Mysore with a couple of Bangalore-bound friends on a brief holiday. The only convenient train for me then to come home was the 9 down, Bombay-Madras Express which used to leave Gulbarga at 4 pm and enable us to catch the connecting meter-gauge train to Bangalore at Guntakal at 8 pm. So this was naturally my ‘Happy Train’ while the 10 up, Madras-Bombay Express which took me from Mysore to Gulbarga was my ‘Sad Train’!

As the three of us settled down in our allotted seats, three nuns got into the compartment and settled down in their seats opposite ours. That was when the imp inside me decided to have some harmless fun. So I introduced myself and my two friends to the three nuns and they in turn introduced themselves as Sr. Firmina, Sr. Adele and Sr. Petrina from the local convent school and said that too were going to Bangalore.

As the train left the platform, I very tactfully steered the course of my conversation with my two friends to palmistry and astrology. It is a different matter that I did not believe one bit in either of the two so-called sciences but I needed them that day to play my trick. I told my friends that I had a great deal of interest in palmistry and started explaining to them what the different lines in their hands and the patterns of their fingerprints indicated.

As I deliberately made my narration interesting, I naturally started drawing the attention of almost all our co-passengers which was expected. The result was that one after the other, each one of them started showing me their palms and asking me to read them and I kept on obliging each one of them to their surprise and delight.

What I was doing was just playing upon the natural foibles and vulnerabilities of the human mind and telling them about their traits, strengths, weaknesses and characters which almost all of us have in common, although with slight variations. But my seemingly uncanny insight into their personalities and past lives left every one of them, including the three nuns, astounded and mighty impressed.

Then came the moment I was waiting for and which I knew would come very soon. The nuns too, being just as gullible as most other people and being just as impressed as the others by my abilities, requested me to read their palms too. That was when I quickly took hold of the hand of Sr. Petrina and after gazing at it intensely for an inordinately long time, announced that it had a very unique and remarkably revealing palm which would be any palmist’s delight. But before proceeding to read it I warned her that because it would reveal to me a great deal of information about her past and her future too, I would read it only if she permitted me!

To this she said, “Please go ahead doctor. I have led a very upright life in the service of the Lord and I have nothing to hide. I am only eager to know how good you are at your art.” And, so I started off. I told her that she was from a very humble family that was very pious and that she had made up her mind from a very tender age to shun a worldly life and serve Christ. She did not appear very surprised as it is a well-known fact that that is how most nuns begin their life. I told her what her parents did for a living and how many siblings she had. I also told her that a great deal of her life had been spent within sight of the sea, listening to the music of the waves by day and by night, for which she yearned now because she had been separated from it. That was when I could catch a suppressed glint of surprise in her eyes!

I then told her that she had a great passion to teach and also see that education reached every child, including the poorest of the poor from the remotest reaches of the land. I went on to tell her that in this quest she had started a school almost single handedly  and had been especially instrumental in drawing children from many illiterate rural families and giving them a good convent education.

Then I very casually and as if in a passing remark, told her that she was very fond of sweets and biryani. That was when the other two nuns exclaimed, “Oh Petrina, how very true!”

I gave the three nuns and my now captivated audience some time to recover and proceeded to tell her that she had even been instrumental in drawing many children from a very distant mountainous region and imparting them education in her seaside school and how all those children were doing very well in life. This time she simply could not hide her amazement although I knew very well that she was trying very hard to suppress it!

Then, after turning her hand this way and that way and examining it closely from every possible angle, I looked deep into her eyes and announced that the saddest and most testing moment in her life was the loss of a close friend in a most untimely and violent  death which had left her inconsolable for a very long time. I went on to tell her that she was so emotionally shattered by that seemingly unfair act of God that she almost started questioning his fairness until her faith was restored once again through the counselling by her seniors.

That was when she just could not hold back her amazement and her tears too. Amid her sobs, she exclaimed, “Oh Jesus! Doctor, you are simply incredible! Tell me, how you are able to say all this about my life with so much of accuracy, just by looking at my hand?”

And, I told her what I’m going to tell you…..next week!

2 COMMENTS ON THIS POST To “A Nun’s Day Out with a Soothsayer!”