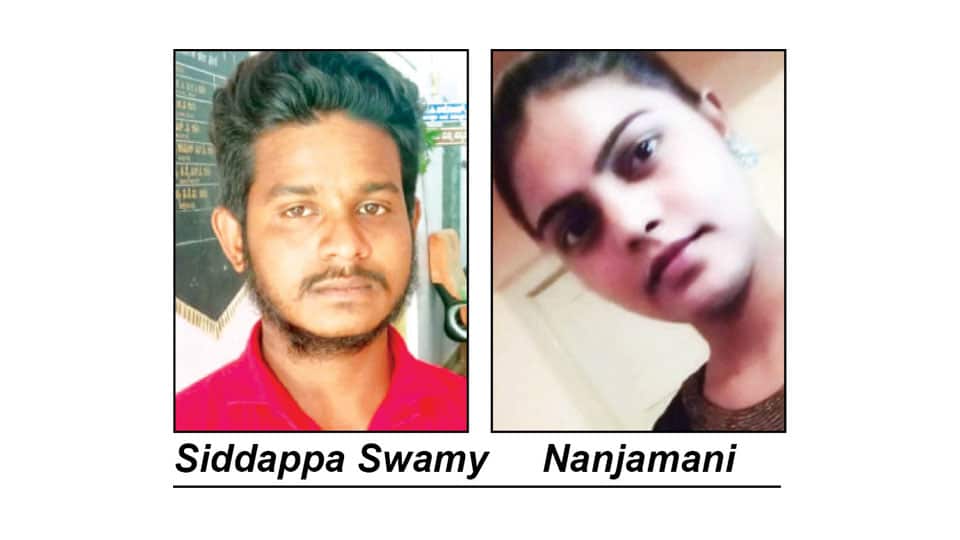 The nursing student committed suicide by hanging self after the youth had told her they will end their lives together at their respective homes.

While the accused youth has been identified as Siddappa Swamy of Madhuvanahalli village in the taluk, the deceased nursing student is Nanjamani (21), also of the same village.

Details: Siddappa and Nanjamani were said to be in love since seven years and three years ago, Nanjamani left to Bengaluru to pursue her Nursing course during which Siddappa is said to have fallen in love with another girl of the same village.

As the issue went before the village elders, a meeting was called during which Siddappa is said to have told them that he would marry both the girls. Village elders, who refused his wish, told him that he could get married to one of them following which Siddappa sought time. A few days later, Siddappa reportedly called Nanjamani and told her of ending their lives at their respective homes together.

Kollegal Rural Sub-Inspector Ashok told SOM that Siddappa and Nanjamani decided to commit suicide at their homes on Mar. 29 and hung themselves. But their family members rescued them. Nanjamani was admitted to Kollegal Government Hospital, where she was provided first-aid and was later shifted to a hospital in Mysuru, where she breathed her last on Apr. 31. Siddappa later went absconding, the Sub-Inspector added.

Following a complaint from Nanjamani’s mother Lakshmi, Kollegal Rural Police, who have registered abetment to suicide case against Siddappa, arrested him on Apr. 13 and produced him before a Magistrate, who remanded Siddappa to judicial custody.