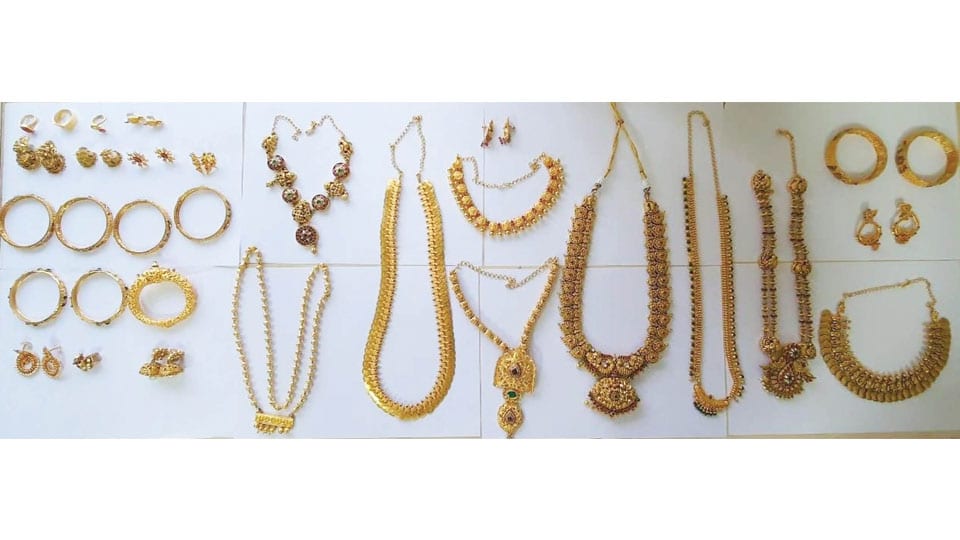 During the raid, the ACB sleuths found 1 kg gold worth Rs. 60 lakh at his Bogadi residence in city and 1.5 kg gold ornaments in his Canara bank locker, 5.5 kg silver, Rs. 32 lakh cash at his house and his bank account, a flat worth Rs. 1 crore, two luxury cars worth Rs. 25 lakh, a farm house at Hadinaru village in Nanjangud taluk, two acre agricultural land near Bannikuppe in Hunsur taluk and near K.R. Nagar and one site each in Lal Bahadur Shastri Nagar and Vasanthnagar in Mysuru. The total value of the properties is about Rs. 3.5 crore.

A native of Cheeranahalli village in K.R. Nagar taluk, Srinivas, who joined for service in the Irrigation Department had served in Hassan, Mysuru, Kalaburagi, Malavalli and was presently serving as the Executive Engineer at the Hemavathi Right Bank Canal Division at K.R. Pet. He was set to retire in February 2022.

The officials, who knocked on the doors of Srinivas’s house in Bogadi at about 5.45 am on Wednesday, conducted simultaneous raids on his farm house at Hadinaru village and his Office in K.R. Pet. When they continued their operation on the second day yesterday, the above properties were found.

Inspection and verification of documents were on and ACB officials said that today, they will be verifying documents pertaining to Srinivas’s house and other properties.