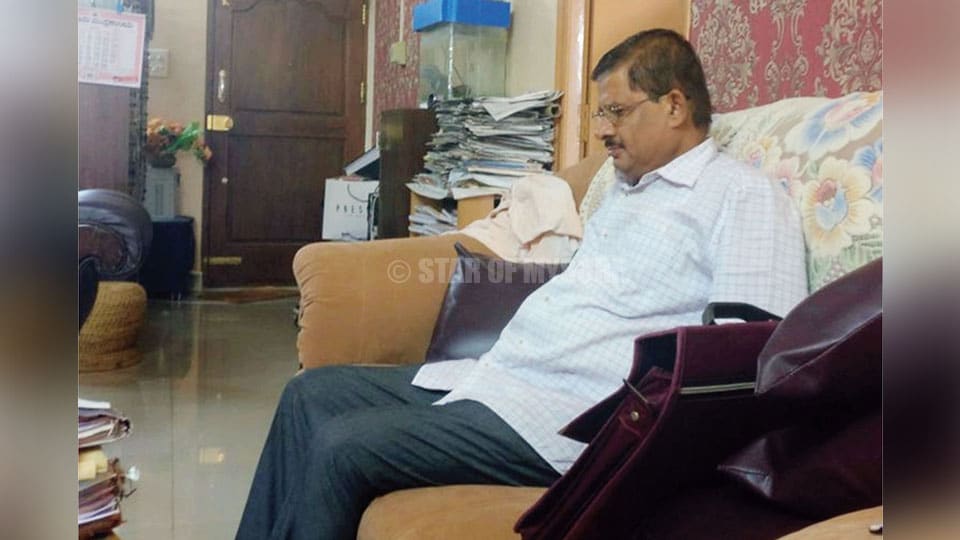 So huge was his properties that four teams — drawn from Mysuru, Mandya and Kodagu — had to be formed to raid his residence, office, apartment complex in Bengaluru and his native in Chikkamagaluru. Searches were still on when we went to press. So far, the total estimate of properties is said to be more than Rs. 60 crore, sources said.

ACB sleuths reached “Manasa Tranquil” apartments (No. 823 and 824) on Gen. K.S. Thimmayya Road, Vijayanagar First Stage at 6 am and knocked on Flat No. 303, where Ranganatha was staying and soon began a simultaneous raid in four locations.

According to the ACB sleuths, they had received a series of complaints against 52-year-old Ranganatha Naik and initial probing under the Prevention of Corruption Act indicated that he owned properties that were way beyond his known sources of income. In the raid, it was found that he was constructing a six-floor apartment complex at Electronics City in Bengaluru and the building was to be let out for rent in a fortnight.

Ranganatha, a selection- grade PWD officer, was earlier working in Bengaluru in the PWD Department where he approved drinking water projects. He was promoted as a Superintending Engineer and was  posted to Mysuru.

The team that raided the Bengaluru apartment complex (constructed on a 45X80 site) found two-bedroom flats on each floor. The basement had been designed for multi-car parking. There are a total of six flats in the three floors and the fourth floor has a three-bedroom duplex flat connecting the fifth floor. It has a master bedroom and a private gymnasium. 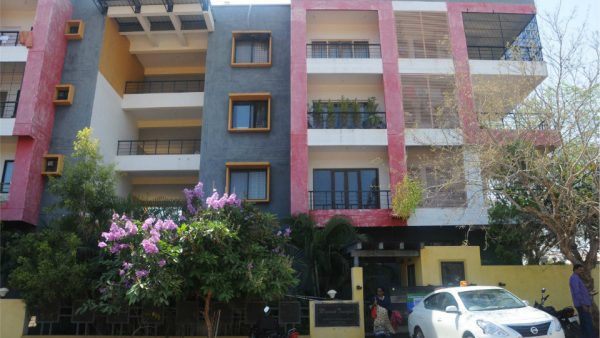 One more team went to Sakkarayapatna near Kadur in Chikkamagaluru district where it was discovered that Ranganatha Naik owned 20 acres of land. One team was sent to his office at Kuvempunagar near Amma Complex and the sleuths had to wait till 9 am for the office to open. The assets and documents recovered from the office will be known after the raid is complete, ACB sources said.

At the Vijayanagar house, the ACB sleuths found two expensive cars, two scooters and one KTM bike that costs Rs. 1.5 lakh. They recovered the property documents and found that the Sakkarayapatna land was in his name while both Bengaluru apartment complex and the Vijayanagar apartment were in his wife’s name. It is estimated that the rent from the Bengaluru apartment complex was anywhere between Rs. 5 to 6 lakh per month.

HOW HE MADE MONEY

Ranganatha Naik, as the PWD Superintending Engineer, was in-charge of approving all the drinking water projects in Mysuru, Mandya and Chamarajanagar and this enabled him to amass wealth, sources said.

His approval was required for private water contractors to supply water to government projects. Once the Detailed Project Report on the drinking water scheme was prepared, it was sent to Superintending Engineer (Ranganatha Naik in this case) for approval. Sleuths suspect that the officer would have many more properties than meets the eye. Only a detailed scrutiny will reveal his assets, sources added.

His son is a PUC student at a college in city and ACB sleuths dropped him to the college to ensure that he does not let out the news of the raid to his relatives.