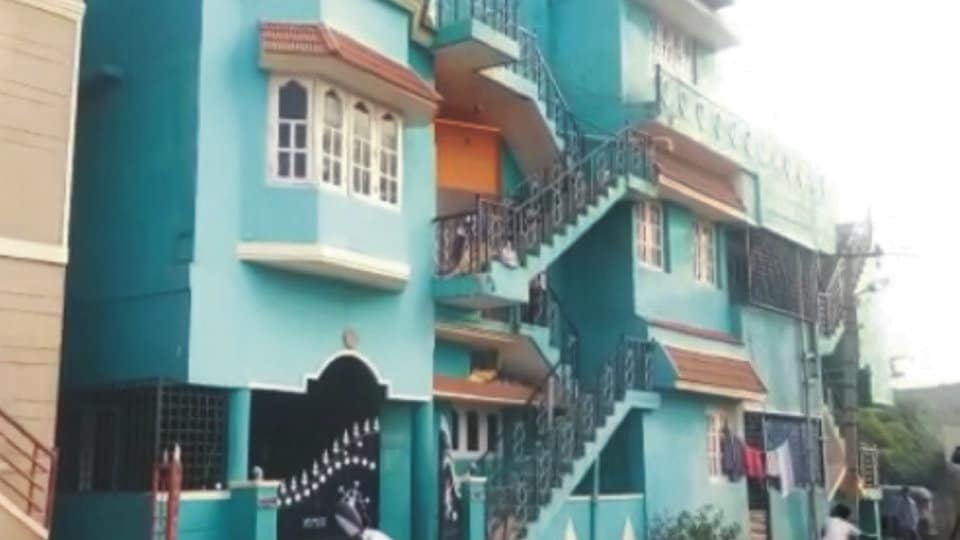 Operation unearths documents of a three-floor house at Belavatha, one petrol pump at Maartalli in Chamarajanagar

Mysuru:  In a pre-dawn swoop today, sleuths from the Anti Corruption Bureau raided the house of a Mysuru Urban Development Authority (MUDA) Junior Engineer at Belavatha and recovered properties that are disproportionate to his known sources of income. Along with the raid on his house, the officer’s sister’s place in Hunsur was also raided.

The raid that took place at 5.30 am was a part of a State-wide operation launched by the ACB this morning at 17 places, targeting five government officers.

The officer whose house was raided in Mysuru is K. Mani who is a Junior Engineer at MUDA (5-A Zone).

ACB sources said that along with Mani’s three-floor house built on a 30X50 plot at Belavatha near the Ring Road, one more team headed to Hunsur to simultaneously raid the house owned by Amrutha, Mani’s wife Vasantha’s sister and her husband Nataraj at Kalkunike near Hunsur. Nataraj owns Sapthagiri Floor Mill and a coconut oil extraction unit at Kalkunike.

It may be mentioned here that the recent incident where the prasadam of Kichuguth  Sulwadi Maramma Temple was poisoned and where 17 persons lost their lives is located at Maartalli village.

Several people had petitioned to the ACB against Mani when he was the PWD engineer in Chamarajanagar. The raids continued when we went to the Press. Sources said that after the raids on his houses, ACB sleuths are likely to visit MUDA office, searching for documents.