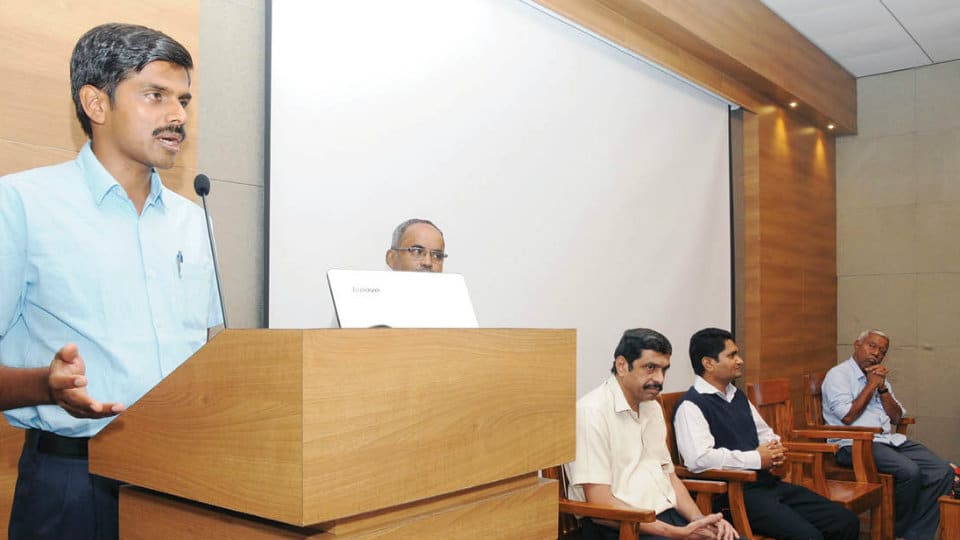 He was speaking after inaugurating a two-day Bird Festival organised jointly by District Administration, Chamarajendra Zoological Gardens (Mysuru Zoo), Department of Tourism and other Organisations as part of Winter Festival-2018 at Mysuru Zoo auditorium in city this morning.

He said that the bird festival was the first-of-its-kind in city and was aimed at spreading awareness among people about protection of nature, water bodies, flora and fauna, conservation of forest as part of nature-friendly initiatives of the government.
Protection of native birds and sheltering of migratory birds are a must for environmental balance, he pointed out.

The Deputy Commissioner appreciated the large turnout of bird-watchers from across the State for the Bird Festival within a short notice.

Elated by the overwhelming response for Bird Festival and Winter Festival, the DC promised to conduct such events in large scale from the next year. The organisers were forced to limit the participation to only 100 persons despite huge number  of enquiries for the event, the DC said.

The DC further said that people can upload pictures of rare birds they had clicked from their mobile phones that were found in their vicinity, nearby lakes, agriculture fields, hills etc, to eBird portal and eBird app available on the website exclusively developed for promotion of bird-watching.

He lauded the efforts of District Administration and Mysuru Zoo for sensitising the youth, children and people on protection of birds and wild animals in the region. The Club has prepared a documentary of birds and migratory birds found in and around Mysuru, he said.

An exhibition of rare photographs of bird-watchers was displayed at Mysuru Zoo. Prizes were distributed to the winners of various competitions organised on the occasion.

Several experts spoke on the protection of migratory birds in and around Mysuru at the technical session.

Later, the bird-watchers grouped into six teams, were taken to visit the lakes located in and around the city such as  Lingambudhi Lake, Karanji Lake, Kukkarahalli Lake, Hebbal Lake, Giri Bettadakere and Varakodu Lake.