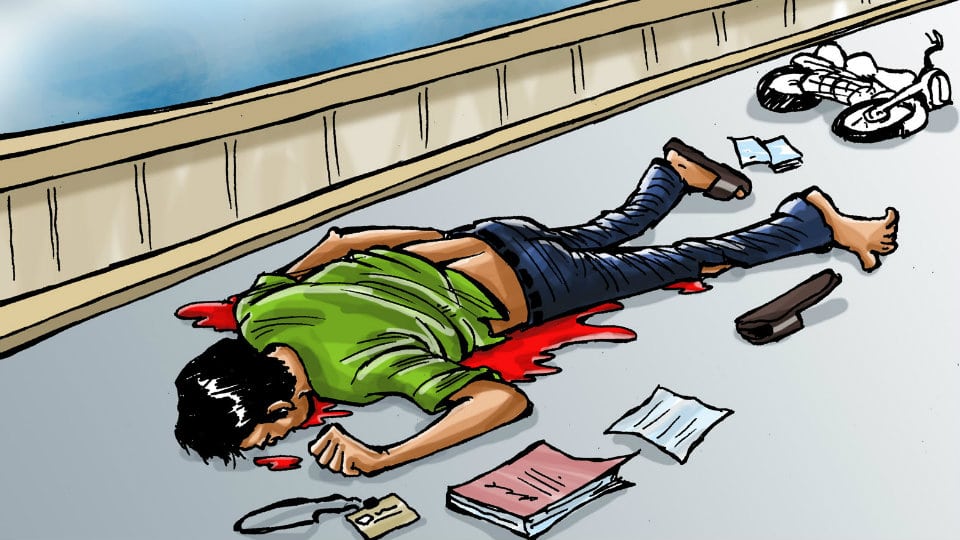 Mysuru: A pedestrian, who was seriously injured when a speeding bike rammed into him while he was crossing the road near Royal Inn Hotel on Monday, succumbed to injuries at K.R. Hospital on the same day.

The deceased has been identified as Basavaiah (60), a resident of Ankushankaraiahnapura, Kaulande hobli in Nanjangud taluk.

It is reported that Basavaiah, who had come to his son’s place had gone out on Monday. Later, while returning home, he (Basavaiah) was crossing the road towards Jayadevanagar from Royal Inn Hotel side, when a  bike (KA 06 W 6995) coming from Royal Inn Hotel junction rammed into him injuring him seriously. Though Basavaiah was rushed to K.R. Hospital, he breathed his last moments later after failing to respond to the treatment. V.V. Puram Traffic Police have registered a case in this regard.