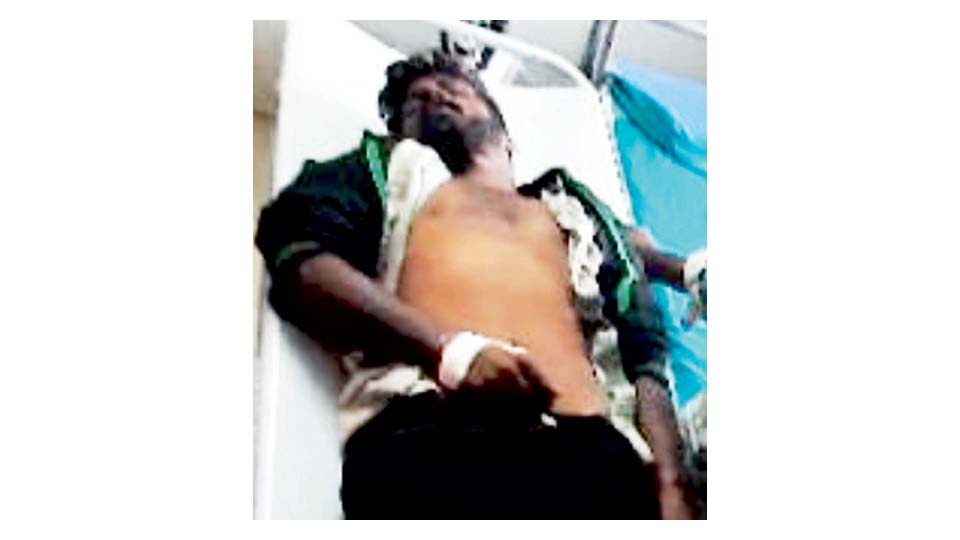 Chamarajanagar: An accused in the kidnapping case of a girl, who was being taken in a Police vehicle, jumped out of the vehicle in an attempt to escape, suffered serious injuries and succumbed to injuries at the hospital.

The incident took place between Yariyur and Maddur in the taluk yesterday and the public and the deceased family members staged a protest against the Police. The deceased has been identified as Ningaraju (24), a resident of Kuntur Mole village in Yalandur taluk.

A case of kidnapping a girl was registered against Ningaraju at Mamballi Police Station recently. The Police, who received information that the accused was in the village, arrived at the village, took accused Ningaraju into custody and were taking him to the Police Station for questioning.

But when the Police vehicle was passing between Yariyur and Maddur, accused Ningaraju, in a bid to escape from the Police, reportedly jumped out of the vehicle resulting in him sustaining serious injuries.

Though the Police rushed him to Yalandur Taluk Hospital, he (Ningaraju) succumbed to injuries there, it is learnt.

The family members of Ningaraju, who learnt about his death, rushed to the hospital and held the Police responsible for Ningaraju’s death. They have accused the Police of killing Ningaraju by pushing him out of the vehicle and shouted slogans against the Police. The Police, who came to know that the situation may go out of control, deployed additional Police personnel at the hospital.

Senior Police officers are probing the incident and have questioned the Police personnel, who were bringing Ningaraju to the Police Station. Superintendent of Police (SP) T.P. Shivakumar, speaking to Star of Mysore, said that an enquiry is underway and the fact will be known only after the completion of enquiry. Action will be taken against those found guilty, he added.