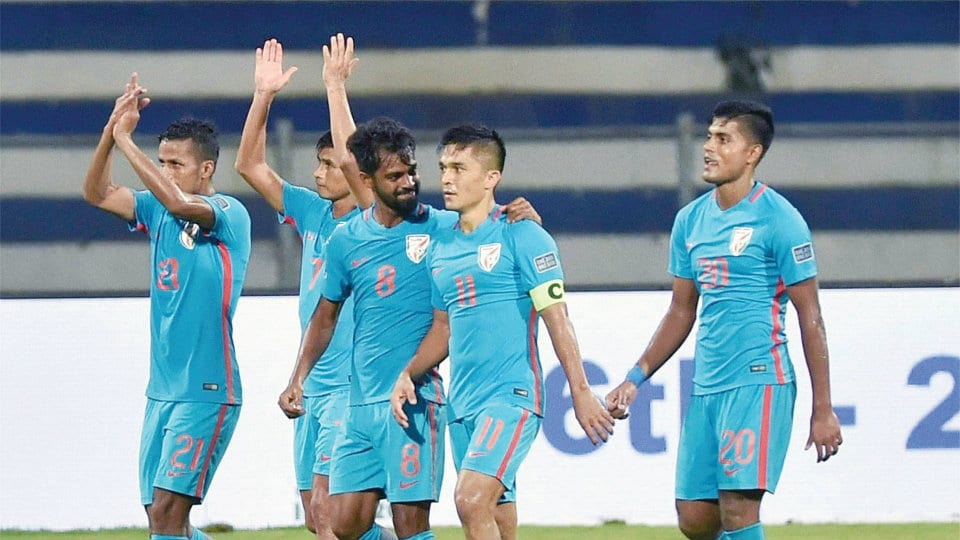 India confirmed their berth in the AFC Asian Cup UAE 2019 after snatching a 4-1 victory against Macau in the AFC Asian Cup 2019 Qualifiers at the Sree Kanteerava Stadium,  here yesterday. India are now seated affirm at the top of group A with 12 points from four matches ahead of Mauritius, Kyrgyz Republic and Macau. This is India’s fourth qualification after 1964, 1984 and 2011.

Indian skipper Sunil Chhetri, who scored his 55th International goal yesterday, stated that a lot of work had to be done before approaching the AFC Asian Cup UAE 2019.

Meanwhile, coach Stephen Constantine referred to the victory as a “terrific team effort over anything else.” The head coach further insisted that the current team was surely one of the best Indian teams in history. Constantine also lavished huge praise on Balwant Singh who got the crucial assist for Sunil’s goal in the second half.