Home » Columns » After revealing Her past to the Nun, the Soothsayer reveals His own past! 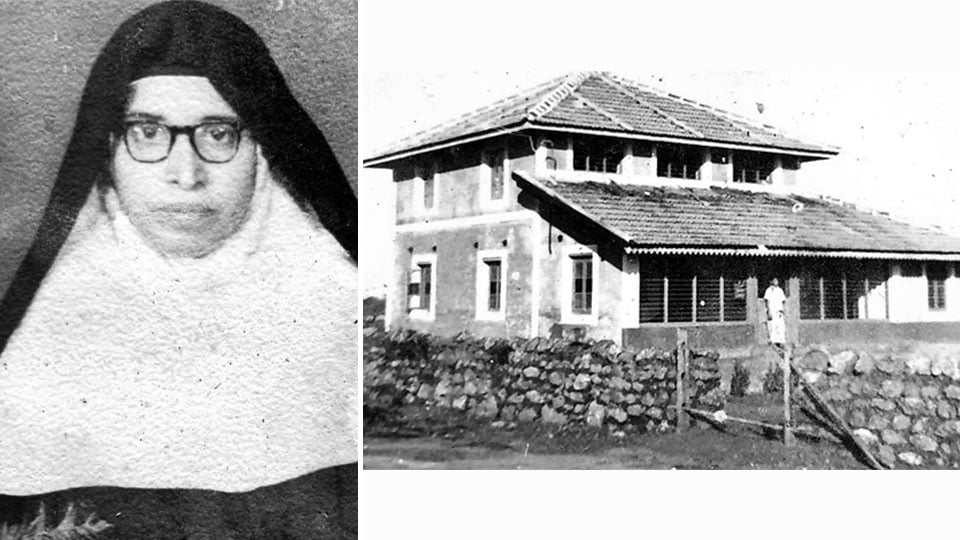 After revealing Her past to the Nun, the Soothsayer reveals His own past!

In my last article I narrated the story of how during a train journey, exactly 40 years ago, I once amazed all my fellow travellers and shocked a nun who was travelling with us by reading her palm and correctly revealing her past. When she became very emotional and requested me to tell her how I did it with such amazing accuracy, I had to relent and give away my secret which I did.

Even as she was wiping her tears, after I reminded her of a painful past event from her life, I smiled and told her that I was the first cousin of the six siblings who had been her students from across the mountains, fifteen years ago, about whom I had spoken during my seemingly clairvoyant palm reading!  That is when she screamed, “Oh, my God,” in disbelief and held her arms across her chest in an act of great relief!

Now it is time for me to take my readers back in time and begin this story from its very beginning. Way back in the year 1965, my first cousin, S. Jameel Ahmed, who sadly is no more and who was a science graduate from the St. Philomena’s College, here in Mysuru, was appointed as a lecturer in a newly-started college at Honnavar, a small coastal town in Uttara Kannada district. That was the time when his five younger siblings were studying in different classes in various schools in and around Chikkamagalur. Very soon after he moved to Honnavar, he revealed that the place had a good convent school called The Holy Rosary Convent School, managed by nuns, just next to his college.

So, at a family meeting, it was decided to get his five younger brothers and one sister admitted to this school, which would enable all of them to get educated in one place, under the guardianship and supervision of their eldest brother. When I read her palm and told Sr. Petrina that she was instrumental in even drawing many children from a very distant, mountainous region to her school and giving them an education, I was talking of my cousins who became her students. After getting admitted to this school they took a house on rent, across the road, bang opposite their school and started staying there. This quaint tiled house and their long, tiled school with a huge playground in front, were both located in a very picturesque spot from where you could not only see the waves breaking but also hear them endlessly by day and by night. This is the endless, enchanting music I had mentioned in my palm reading session!

Incidentally, this house where I too used to regularly spend much time during my school holidays, was owned by Vittal Bhat, a bakery owner, popularly called Bhatta by everyone. He used to bake the best butter biscuits I have ever eaten in my life and my cousins would always ensure that they were well stocked with these goodies, well before my visits to their place!

In addition to this, they had employed a very capable cook caked Akbar Sab, a lean and lanky man, who was simply a culinary wizard. His particularly great creations were his fish fry and fiery red fish curry, followed very closely by his unique Khichdi, prepared entirely with thick coconut milk. They were indeed a mouth-watering trio, the taste of which I remember to this day, long after those delightful days of my childhood are gone forever!

So, in addition to the sun, the sea, the sand and the sea-shells I would always collect as I walked on the beach in the magical company of my cousins, the magic of Bhatta’s biscuits and Akbar Sab’s magical cooking and the brief stopover en-route, to view the Jog Falls, were also the strong reasons for me to eagerly head to Honnavar during my holidays! While my footprints on the sands of the Honnavar beach have long gone, my memories of those happy days, along with every one of the sea shells I collected then, thankfully still remain with me as the treasures of my childhood! Incidentally, Pierce Harris has very rightly said that ‘Our memory is like a child walking along the sea-shore. You never can tell what small pebble or shell it will pick up and store away among its most treasured things!’

Sr. Petrina, who was a very young nun then, was the Head Mistress of The Holy Rosary Convent School and with her passion for imparting education to everyone she could set her eyes on, she played a very important role in imparting it to my cousins too, along with the poise and polish that could in those days be acquired only in convent schools! With her imposing role in their most formative years, she naturally became their ‘super-hero’ in a remarkably short time.

The result was that all the stories of their school and its various activities which they would tell me when we were together during our holidays, were invariably interspersed by a mention of the energy and charisma of their dynamic head mistress!

When I shocked Sr. Petrina by telling her about how she was shattered by the untimely and violent death of a close friend and benefactor, I was talking about Rafiq Mulla, who was very close to her and who had constantly supported her fledgling school in every possible way. He was a young man from Bijapur who had been posted to Honnavar as a Police Sub-Inspector and who died in a ghastly car accident on the outskirts of the town while on duty. I too had met him a couple of times.

Although I had met Sr. Petrina a good many times during my visits to Honnavar, it was very unlikely that she would remember me from the days of my childhood, when I met her on the train more than fifteen years later. The reason for this is, like most growing children, I too had left my childhood countenance far behind me!

But I had not forgotten her face. So the moment I saw the three nuns entering the train compartment, her all too familiar face rang a bell in my mind. To confirm my suspicion I quickly stepped outside the compartment and checked the names of the passengers on the reservation slip pasted alongside the door. Yes, I was right. Her name was there! I resumed my seat and that was when I hatched the plan to have some fun at her cost and also give here the surprise of her lifetime! And, you know the story from there all too well!

After we parted company at the Bangalore Railway station the next day, after our overnight journey, I invited her and her companions to visit my family in Mysuru which they said they would be happy to do. But that visit did not materialise then. But not very long afterwards we happened to meet once again and this time too on the same train from Gulbarga to Bengaluru! That day she was in the company of Sr. Clarabelle a much younger nun and Sr. Adele whom I now knew all too well from our previous memorable meeting! I wonder if nuns always travel in groups of three! And, this time the trio did come home and they spent a long time chatting with my parents and siblings over tea. Then I took them on a visit to the Brindavan Gardens which they were eager to see and saw them off the next day at the railway station. After that, while I was working as an intern in Gulbarga, upon her request, I used to visit her school, The St. Joseph’s Convent School, twice a week and teach human biology to her students, as an untrained school teacher!

Sr. Petrina spent her last days in retirement at the Avila Convent here in Mysuru and she was an occasional visitor to our house as long as she could move around comfortably. I last met her at the convent on 13th, October, 2019 when I clicked what I think is perhaps her last photograph! May her soul rest in peace! Amen.