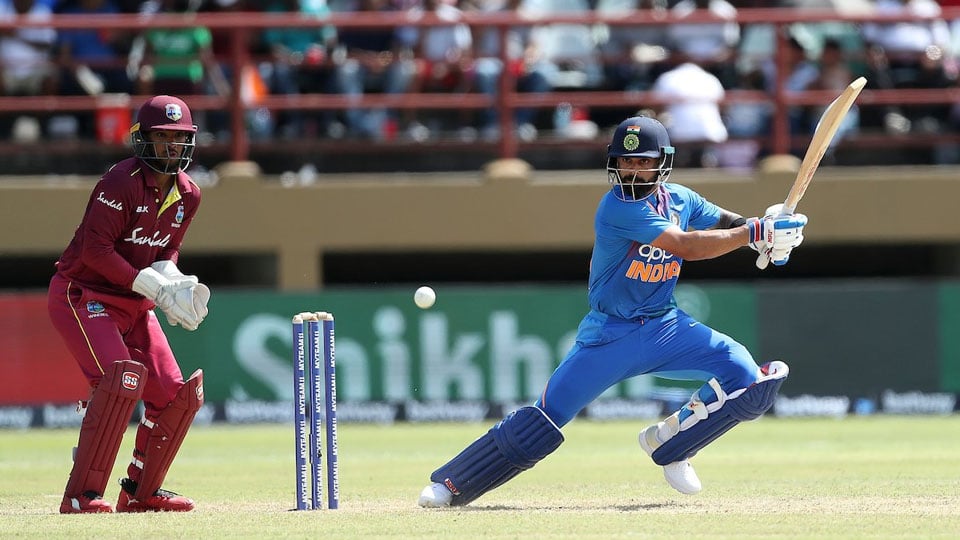 Guyana: After clinching the three-match T20I series against West Indies on Tuesday, Virat Kohli-led Team India will now look to continue their winning streak in three-match One Day International (ODI) series that starts from today at the Providence Stadium in Guyana.

With Shikhar Dhawan return, team India will open the batting with Dhawan and Rohit Sharma. India has recalled Manish Pandey and Shreyas Iyer again and both the batsmen have been rewarded for their performances in India A where Pandey averages over 70 and Iyer averages under 50. Both the consistent batsman have three centuries each.

Now it will be interesting to watch who will play for number 4 spot as K.L. Rahul is additionally a possibility for the middle order.

On the other hand, in the bowling department, the lanky pacer Navdeep Saini will make his debut in ODI series opener. The Karnal-born pacer starred in India’s four-wicket win over West Indies in the first T20 in Florida by picking up three wickets for 17 runs. It is expected that debutant Saini could come in handy for India to destroy Windies’ batting order. India’s bowling department will also feature some experienced bowlers making their entries to the ODI squad.

But West Indies players will leave no stone unturned to give tough competition as Chris Gayle is on the cusp of becoming most capped ODI player for West Indies piping Brian Lara if he plays today. With 11 more runs, Jamaican cricketer Gayle will again pip Lara to become highest run-getter for the West Indies in the format.

After ending phenomenal run in recently concluded World Cup, team India will look to leave their disappointment behind with new faces in the team. India has won all their 8 previous bilateral ODI series against West Indies while the West Indies last time won their bilateral series in 2014.