Mysuru/Mangaluru/Gonikoppa: All India Congress Committee (AICC) President Rahul Gandhi, who is on a campaign trail in the State to woo voters for the Assembly polls for which the voting is scheduled on May 12, visited Suttur Mutt in Mysuru, Sri Dharmasthala Manjunateshwara Temple in Dharmasthala besides trying to connect with the Kodavas during the public rally at Gonikoppa in Kodagu yesterday. 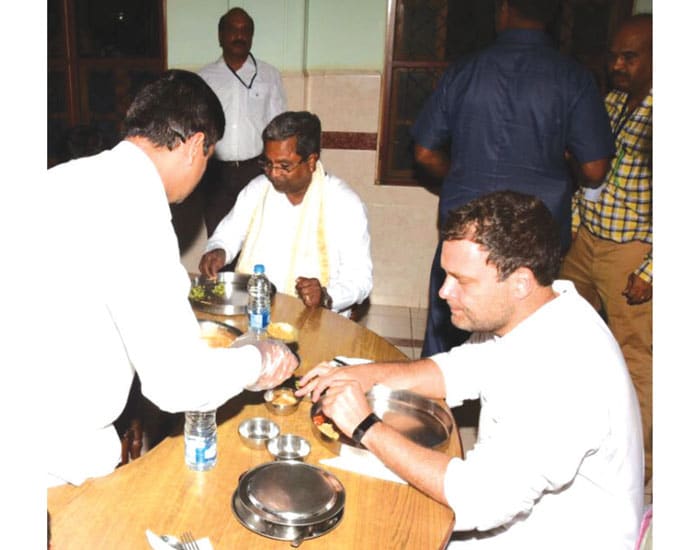 Rahul Gandhi later left for Delhi in a special place from Mysore Airport at Mandakalli.

Upon his arrival, Rahul Gandhi was welcomed by D. Surendra Kumar, brother of Dr. Veerendra Heggade at the helipad.

Rahul was taken to the residence of the Dharmadhikari where he (Rahul Gandhi) held talks for sometime and later visited Sri Manjunateshwara Temple where he offered prayers.

Gonikoppa: Continuing his campaign trail, Rahul Gandhi flew from Dharmasthala to Gonikoppa in Kodagu in the evening, where he tried to connect with the Kodavas by terming Kodagu district as the most beautiful place in the country besides stating that he would come to Kodagu after the elections. Addressing a mammoth rally at the Dasara Grounds here, Rahul Gandhi took a dig at BJP and promised the development of Kodagu if Congress is voted to power.

Continuing his tirade against the BJP, he stated that corruption and attacks on women, minorities and Dalits were at its peak under PM Modi’s regime. Rahul Gandhi spoke without a translator and succeeded in reaching out to the audience. 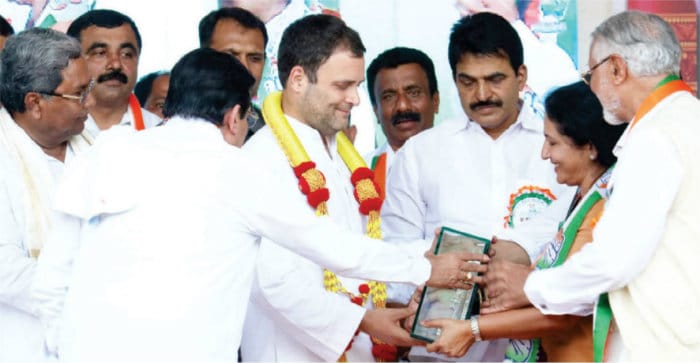 Chief Minister Siddharamaiah, who also spoke, recalled his student days to connect himself with Kodagu. The CM challenged the BJP to come for an open debate on the achievements of the Government.