AIISH Aawaaz takes off to a colourful start:Fest concludes tomorrow

‘AIISH Aawaaz-2017,’ the inter-collegiate cultural festival organised by All India Institute of Speech and Hearing (AIISH) took off to a colourful start at Panchavati Campus of the Institute on Bogadi Road here last evening.

Inaugurating the programme, humorist Mysore Anand advised students to participate in cultural activities instead of just focussing on academic excellence. He said that he would speak in Kannada only knowing well that the audience comprised people with different languages. 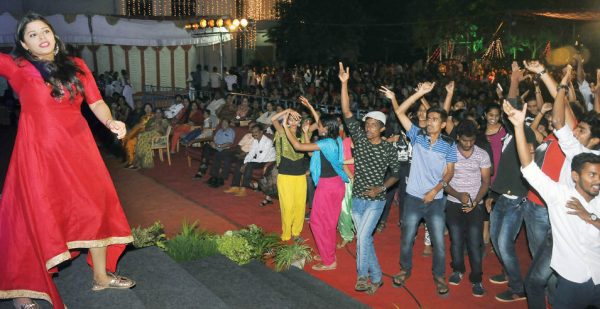 He asked people not knowing Kannada to get the humorous anecdotes translated to their languages from neighbours and have a hearty laugh. He pointed out that a few people who go for a stroll with their dogs address the dogs in English!

The 13th edition of the fest will conclude tomorrow with about 500 students from 20 colleges participating in an array of cultural events like mimicry, dance, singing, skits, mad ads, multi-tasking and many more.