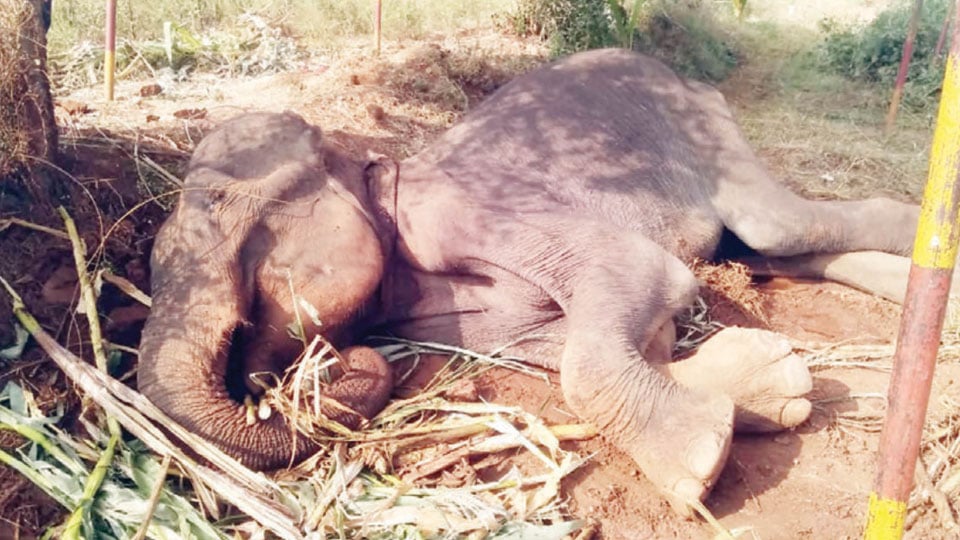 Nanjangud: A seriously ill elephant, which was being provided treatment by the Forest Department, died in the agricultural field near Kudure Hundi Halla check dam on the outskirts of Hediyala village on Wednesday.

The 50-year-old female elephant, which had entered the agricultural field in search of food and water, had collapsed on the field. The Forest Department officials, who rushed to the spot, were providing treatment. Despite Department Veterinarian Dr. Wasim treating it for the entire day on Tuesday, the elephant failed to recover and breathed its last.

The Forest Department officials suspected that the elephant may have been suffering from age related ailments. The dead elephant was buried in the same spot where it had collapsed and the Forest officials said that the exact reason for the elephant’s death would be known only after receiving the post-mortem report.