Home » News » Air-strikes by IAF significant if it is Balakote in KPK: Omar 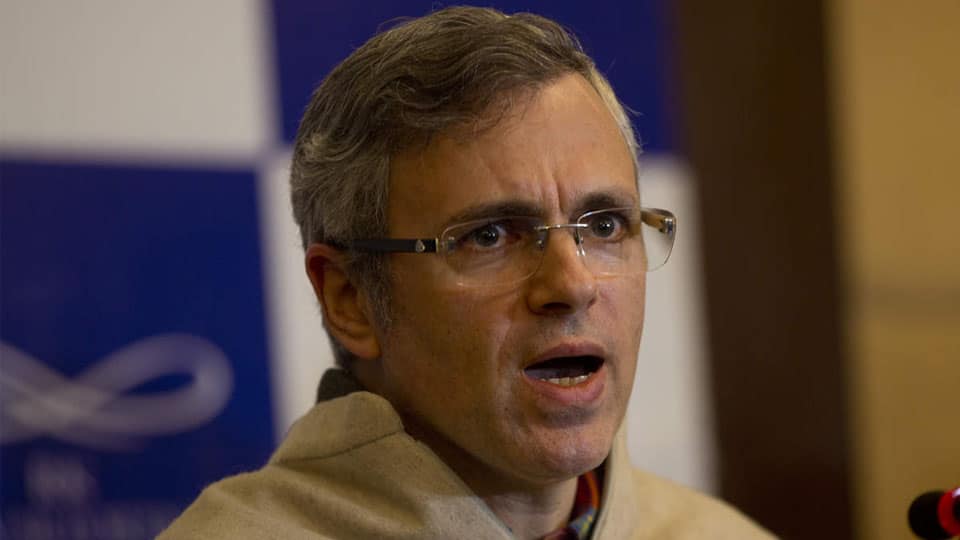 Air-strikes by IAF significant if it is Balakote in KPK: Omar

Srinagar: Former Jammu and Kashmir Chief Minister Omar Abdullah today said that one cannot possibly speculate on what will happen next following the Indian Air Force (IAF) strike across the Line of Control (LoC) as there was no information of the damage caused.

“Unless we know which Balakote is being talked about by the Pakistani Generals it’s pointless speculating about what we may have hit and what fallout the airstrike will have,” Abdullah tweeted after Pakistan claimed that IAF  jets crossed the LoC, and dropped a payload in haste before returning as the Pakistan Air Force (PAF) scrambled its war planes.

“If this is Balakote in KPK (Khyber Pakhtunkhwa) it’s a major incursion and a significant strike by IAF planes.

“However, if it’s Balakote in Poonch sector, along the LoC it’s a largely symbolic strike because at this time of the year forward launch pads and militant camps are empty and non-functional,” he added.

The Vice-President of the National Conference (NC) also spoke of a possible fallout over the air strikes.  “The problem now becomes Prime Minister Imran Khan’s commitment to his country — ‘Pakistan will not think about responding, Pakistan will respond’.”

“What shape will response take? Where will response be? Will India have to respond to Pakistan’s response?,” Omar Abdullah asked, voicing his concern about what happens next. Abdullah’s tweets came as the CCS was meeting at Prime Minister Narendra Modi’s residence.