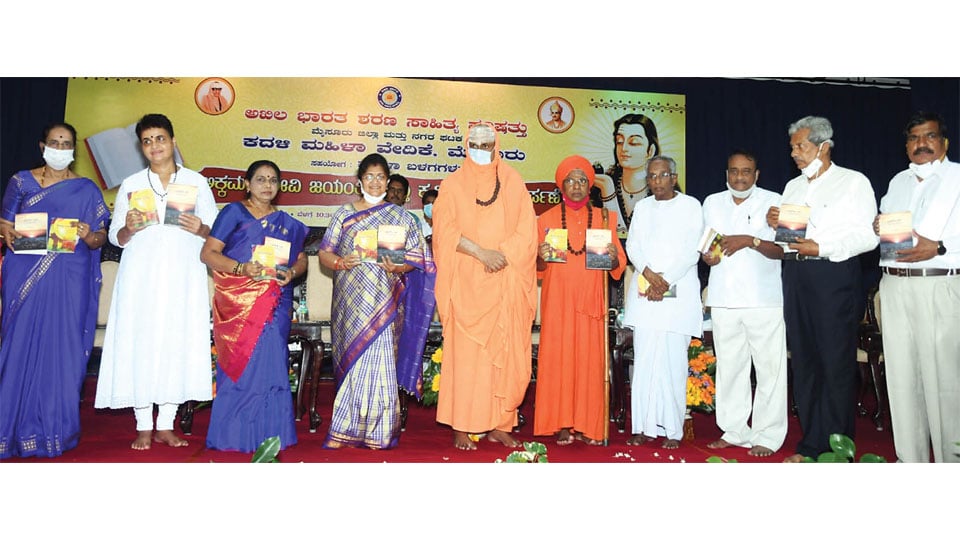 Mysore/Mysuru: Maintaining that following Akkamahadevi’s Vachanas will certainly help one in leading a good and purposeful life, Minister for Muzrai and Wakf Shashikala Jolle said that Akkamahadevi succeeded in bringing equality in the society in the 12th century.

She noted that though we equate women with mother, sister, Gomaata, mother earth and the like, it is regretful that women are forced to fight for their rights even in the 21st century. Stating that Akkamahadevi, who lived in the 12th century was one of the early female poets of Kannada literature, the Minister said that she gave birth to a specially-abled girl child, which she took it as a challenge and groomed her like any other child in making her self-reliant.

Mayor Sunanda Palanetra was felicitated on the occasion.