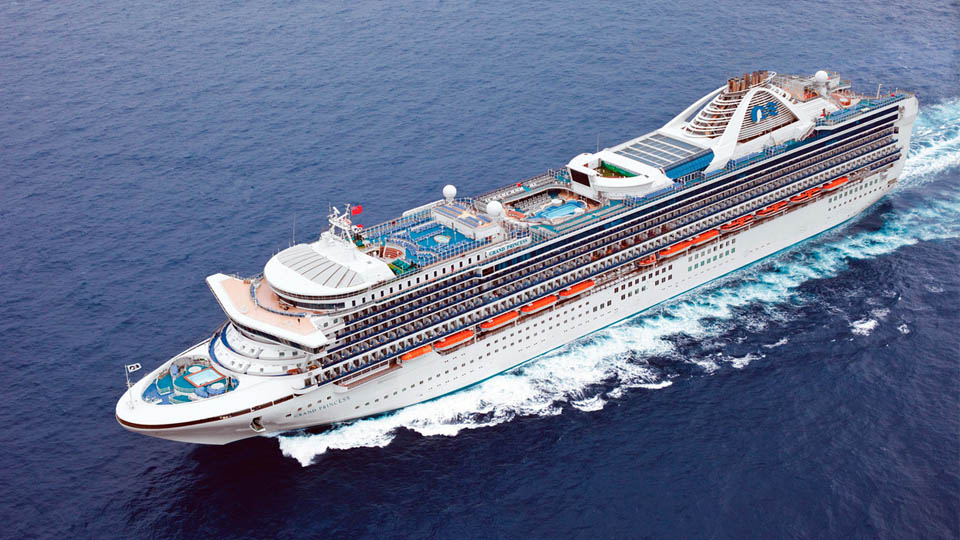 Stranger than Fiction’ is an appropriate phrase for Alaska, a State of The United States of America.  Alaska was bought by the USA from Russia for paltry sum of 72 lakh dollars in 1867. While Russia is about 5 kms from Alaska, the nearest American soil of Washington State is about 800 kms.

Now the GNP of Alaska is US$ 50 billion. Tourism is one of the main sources of revenue and indulgence of the population in this activity is positively infectious. Summer months with 20-24 hours of day time is endearing, enchanting, active and energetic. Alaska always kindled my curious travel nerves all along. This became a reality recently when my nephews and niece invited us to join a 10-day Alaskan cruise from San Francisco along with extended family.

The D day started with embarking of “Grand Princess” cruise — its first voyage for 2018. Grand Princess is really “Grand” with a guest capacity of 3,122 and crew and support staff of 1,700. The amenities are excellent and everyone is treated royally, pampered beyond expectations.

The much awaited trip began at 4 pm and in 10 minutes it passed below the famous Golden Gate Bridge. All the guests assembled on the open decks eager to be part of this great crossing. The grandeur of this bridge is best viewed from below as the cruise majestically sailed into the Pacific Ocean.

While we were eager to experience various facilities, amenities inside the ship, there were great scenes unfolding at the balconies of our rooms. During the first 68 hours as it silently cruised we could explore various activities offered by the cruise — endless choices of food and wines and a host of entertainment programmes. The movies, live shows, library, casinos, stand up programmes and Zumba ignited the spirits of the guests. Slowly, we reached Juneau.

Juneau is a beautiful city with a population of 40,000. Strangely, there are no roads connecting it to rest of the Alaska though it is its capital. Juneau is active from May to September during the tourist season and invites more than 6,000 tourists every day. In 1880, gold nuggets as large as beans were found and today Juneau has three biggest gold mines in the world.

It is famous also for its breathtakingly beautiful glaciers and stunning views of both water and mountains. There are offshore tours available from Juneau that are planned perfectly. One such tour was Mendenhall Glacier tour by helicopter. As we inched towards the helipads, the nature unfolded with endless and very thick Tundra vegetation, outlined with white snow-clad mountain standing majestically beyond them. The combination of green and white made a perfect canvas.

Fifteen of us were accommodated in three helicopters which took off simultaneously and what a ride it was! As we were airborne, the combination of blue lake and green Tundra forest below and the white outline of great mounts of ice-clad mountains outlining the horizon were mesmerising. After 10 minutes of ride, the green forests were replaced by ice-clad surfaces of different shapes and hue appeared below. It was white all over with occasional green at the mountains. Some of the small waterfalls, flowing majestically like serpents, added beauty to the already sun-soaked ice field.

While we landed on Mendenhall Glacier, the flag of Alaska State invited us.  A small stream of water was running across the area and the water was perhaps the purest on the earth. After 30 precious minutes at the glacier, we retraced enjoying an extended day time of 21 hours at Juneau, as there were no traces of darkness till we returned to the ship at 9 pm. After a night sail, we docked at a place called Skagwag with intermittent rain welcoming us. The shore excursion was a train journey. We were driven to the Railway Station in a huge bus driven by a young girl who showed her skill in both driving and as an excellent guide. This train route is considered as one of the most fabulous train journeys in the world.

The train puffed through thick forests, icy mountains, and lakes, thousands of waterfalls and down Yukon River. The Rain Gods again smiled at us and the beauty of nature unfolded splendidly with postcard-like scenery. Nature unfolded as the train moved.

The climate here is typical subarctic climate characterised by long cold winters and brief warm summers. After two hours of fabulous journey, we crossed the border of Canada and alighted at Fraser Station of British Columbia province (Canada). 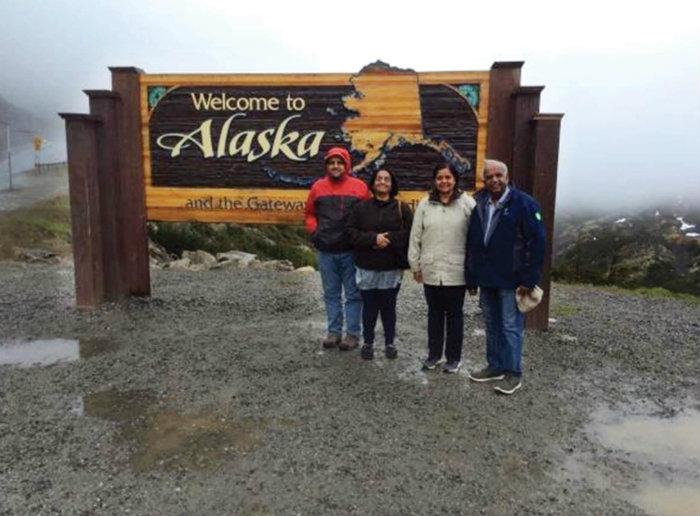 The border line between Canada and Alaska.

The train took us further into interiors of Yukon province amidst mist and rain with temperature falling around 2-3°C. On the way we visited a suspension bridge built over Yukon River which looked splendid amidst rain. Yukon province has a very sparse population of about 36,000 with land area of 4,82,443 sq. kms, equal to 2.5 times that of Karnataka State. A satisfying lunch in a temporary structure at the centre of a majestic garden with heating facilities and pains taken to make tourists comfortable, at extreme conditions, bore the stamp of Alaskan hospitality. The sea port of Skagwag is picturesque with Grand Princess anchoring majestically with backdrop of misty Snow Mountains.

Alaska B.S. Narayanaswamy TRAVELOGUE
No wonder S.M. Krishna was Numero Uno CM
The Garlic Vine: An amazing vine from the wilderness of Amazon

4 COMMENTS ON THIS POST To “Alaska: Stranger than fiction – 1”