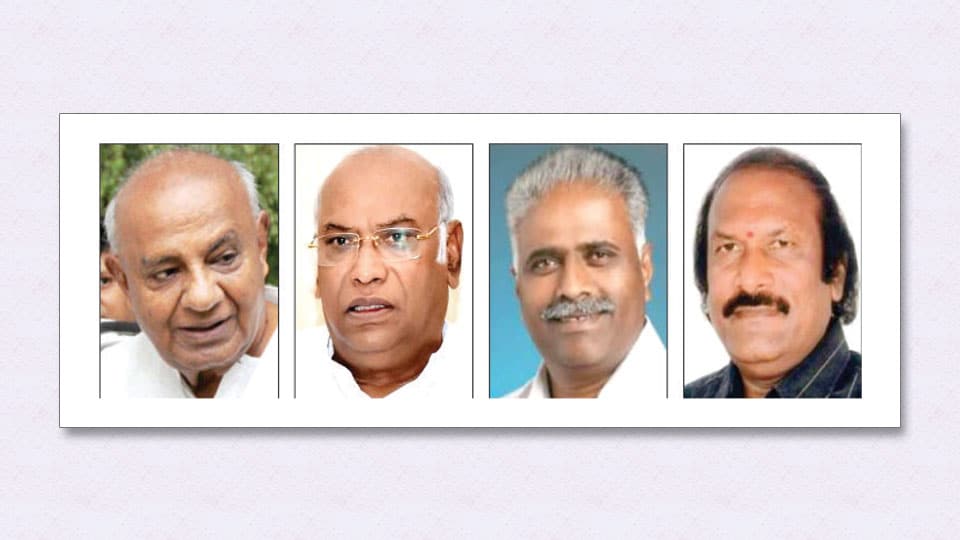 All four from State elected unopposed to Rajya Sabha

Yesterday was the last day for the withdrawal of nomination papers for the RS poll that was scheduled to take place on June 19. As nobody else other than these four candidates remained in the fray, all of them were declared elected unopposed on Friday. Although an independent candidate had filed nomination paper, it was rejected on the grounds that no MLA had proposed his candidature.

The four seats had fallen vacant after the completion of the tenure of Prabhakar Kore of BJP, Kupendra Reddy of JD(S) and B.K. Hariprasad and M.V. Rajeev Gowda of the Congress.

While Kharge, Kadadi and Gasti are entering the RS for the first time, Deve Gowda is entering the Upper House for the second time, as earlier he was a member of the House when he was the Prime Minister.