Home » News » Amidst standoff with Doctors, Minister announces free healthcare for all 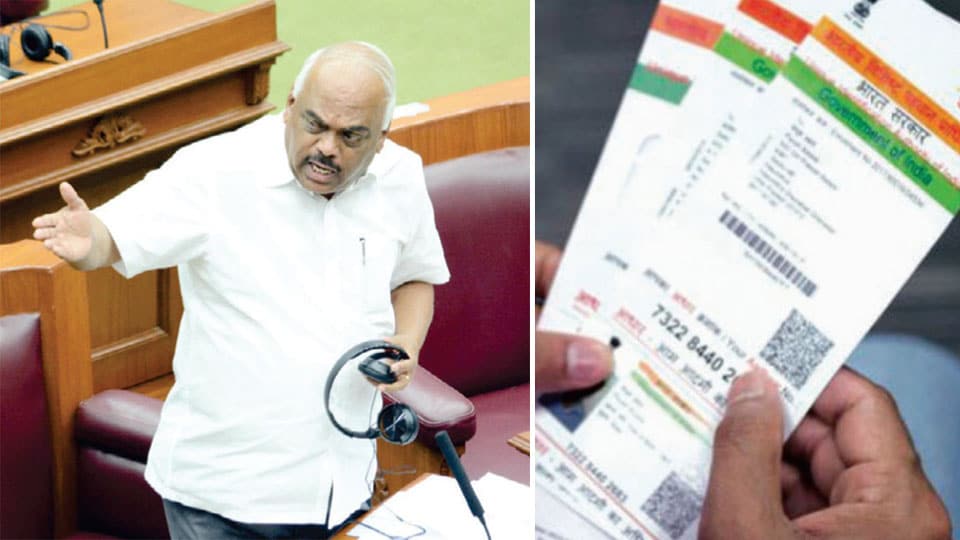 Amidst standoff with Doctors, Minister announces free healthcare for all

Belagavi: Amidst the standoff between doctors and the State Government over the proposed amendments to the Karnataka Private Medical Establishments (KPME) Act, Health and Family Welfare Minister K.R. Ramesh Kumar announced yesterday at the Winter Session of Karnataka Assembly that a free healthcare scheme for all State residents will be implemented next month.

“From December 10, Taluk and District hospitals across the State will have advanced facilities such as MRI Scan, Dialysis etc., and to take the benefits of this free healthcare services, people can just produce their Aadhaar Card and there is no necessity of producing BPL or APL cards,” he said.

The Minister claimed that as the Government was introducing such a facility, private hospital management lobby was instigating the doctors to go on a strike. Ramesh Kumar said that his department had consulted several stakeholders when drafting the Bill, including private medical practitioners, who had suggested a few changes.

He said that the Government has a right to fix prices for treatments in hospitals since they are empanelled by the government to provide treatment under various health schemes. Under the new Bill the government proposes to fix charges for various treatments in a hospital and for prominent display of these charges at the hospitals.

It also prescribes a six-month to three-year jail term and a fine of Rs. 25,000 to Rs. 5 lakh for officials of hospitals violating government price norms. It says that hospitals must hand over bodies to family members soon after death instead of holding on to it and demanding payment of hospital dues.

“All the amendments are pro-people and are against the hospitals that are fleecing the patients,” the Minister said.

The government had the “moral responsibility to protect the interests of the poor” through such a Bill, which seeks to fix rates for different medical services and introduce stringent action for violations, he said.

He accused the private medical doctors of trying to “arm twist” the government on the KPME amendments. He wondered how ethical it was on the part of the medical fraternity in getting their demands met at the “point of gun.”

Ramesh Kumar said doctors should realise that they have a responsibility in society. “The Bill is still in a very initial stage. We have told them (doctors) that they will be consulted before the final version of the Bill is tabled in the House. Yet, they are making a mountain out of a molehill,” the Minister said. Kumar recalled that representatives of doctors had said they had “no issues” when the draft of the Bill was sent to them.

“I was taken aback when they suddenly changed their stand and met the Governor opposing the provisions of the Bill,” he said. Kumar also blamed a section of the private medical fraternity of spreading a disinformation campaign against him through social media.

House cannot be coerced not to discuss KPME Bill

In a media interview, Ramesh Kumar said that the doctors have no locus standi or reason to protest. “They (doctors) have every right to protest and deliberate on the Bill as well as its consequences.

They can appeal for withdrawal of the Bill. But they cannot coerce the House and stop us from discussing the Bill. Ours is a Parliamentary system of democracy and members have every right to discuss the Bill. There is undue apprehension without a proper understanding of the Bill,” he said.

“I have been receiving daily complaints on the agony experienced by poor people while getting medical treatment because of issues related to billing. There are instances of people even mortgaging their property over this. All this forced me to introduce the Bill. This (House) is a forum representing voices of the people. We in the government have a moral responsibility to safeguard their interests,” the Minister said.

Section of doctors call off stir

Meanwhile, Private Hospitals and Nursing Homes Association (PHANA) has called off the indefinite strike which had seen OPD services being affected severely in Bengaluru. After Karnataka High Court’s request to the doctors to get back to work, the doctors have decided to resume work. The representatives of the PHANA along with representatives of Indian Medical Association will be meeting the Chief Minister on Friday.

“Our steering Committee Members will be meeting the CM tomorrow in Belagavi. We had kept the emergency and essential units functional, we will resume normal services,” said Dr. Jayanna, President elect of PHANA.