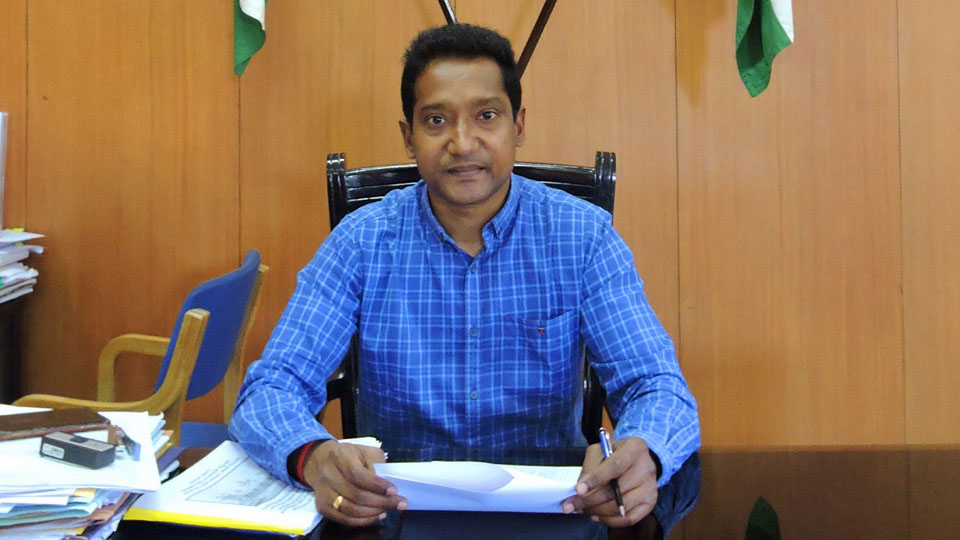 Mysore/Mysuru: Deputy Commissioner (DC) Dr. Bagadi Gautham said that marking the 75th year of Indian Independence (Azadi Ka Amrit Mahotsav), the State Government has planned to hold a special programme under the titled ‘Amrita Bharatige Kannadada Aarati’ on May 28  at 75 places across Karnataka.

Presiding over a preliminary meeting in this regard at his Office here recently,  Dr. Bagadi Gautham said that the programme will take place at four places in the district — at Ramaswamy Circle and Subbarayanakere Grounds in city; at Badanavalu and Thagadur in Nanjangud taluk, all of which are prominently  identified with the freedom movement.

Explaining the objectives, the DC said that remembering and recalling the contributions of the State in the freedom struggle is the main objective of the programme.

Kannada and Culture Assistant Director H. Channappa said that this is a unique programme to mark the 75th year of Indian Independence, for which four Sub-Committees will be constituted to oversee the conduct of the programme in the district.