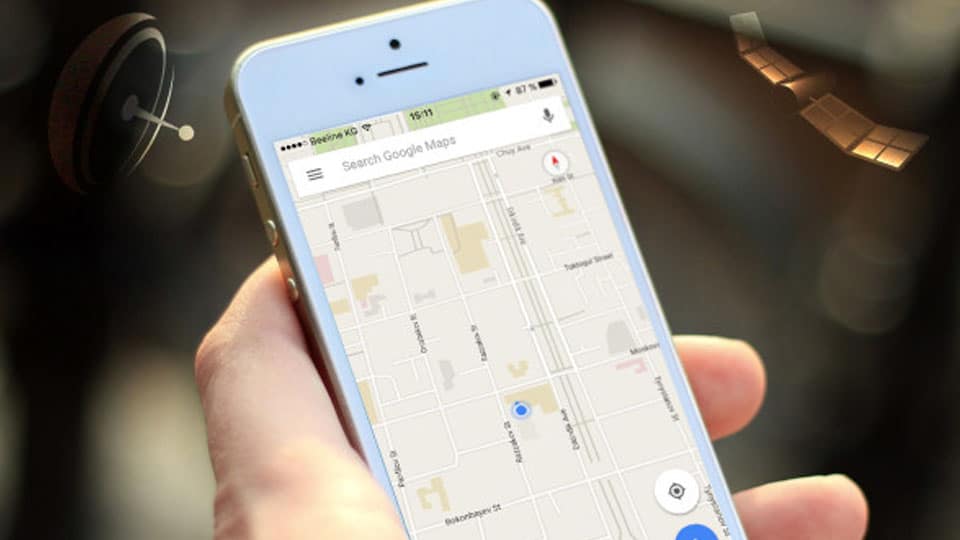 Last week a lady colleague of my son, Adnan, found upon arrival at the office that her very expensive mobile phone was missing. When a careful search in and around the office premises did not yield any results she rang up her number from the office only to find that it was ringing but no one was receiving her call. Presuming that the phone had fallen out of her handbag and was probably lying somewhere on the road, she activated a special feature called ‘Find my Phone’ built into it.

This is a GPS-enabled software installed in the phone to trace its location in case it was lost or misplaced. This app immediately showed the location of the phone on one of the busy roads close to the office. So two young and enthusiastic lads Likith and Kritman from the office were dispatched immediately on a motorbike to try and locate the phone. That was when an interesting thing                   happened.

As they neared its indicated location the phone started moving along the road ! This was a clear indication that it was now in the possession of someone who had found it on the roadside and was going somewhere. The two boys started ‘chasing’ it relentlessly wherever it went, in and around the neighbourhood for nearly two full hours very often catching up with it and then missing it by a whisker. But they were soon caught up in traffic and found themselves getting progressively distanced from the location of the phone. They informed their predicament to my son who advised them to abandon their pursuit and return to the office.

Realising that the chase now required professional help, my son and his colleague immediately approached the Jayalakshmipuram Police Station for help. They explained the problem to Suresh Kumar, the young Inspector who was in charge there and also showed him on their laptop what the software was indicating. He was pretty amazed by the advanced feature which by this time was showing that the phone was now moving at a very brisk pace along a road leading out of the city towards Hunsur. This was a clear indication that the person who was in possession of the phone had boarded a vehicle.

The Inspector immediately deputed two of his men, Assistant Sub-Inspector Venkata Shetty and Civil Police Constable M.V. Mahendra to accompany my son and pursue the phone. They drove along the road indicated on their laptop and found that the GPS was leading them towards the backwaters of KRS dam. The pursuit had to be made frenzied and fast paced now because the software started showing that the battery power remaining in the pursued phone was only seven percent. If the battery went dead, there would simply be no way of tracking its location! It would mean the end of their tech-savvy pursuit when it was about to bear fruit and the beginning of another search based on archaic investigating methods the results of which would be very uncertain.

Thankfully the movement of the phone soon stopped at a village on the edge of the backwaters indicating that the person who had the phone had now halted there. The geographical coordinates of this location were marked and Google Earth showed that there was a tiled house there flanked by a large tree. The team soon reached the village and also the indicated street which had just a few houses. They found the first house locked and Mahendra who was in uniform knocked on the closed door of the second house. The door was opened by an elderly lady who seemed startled to see the Policeman.

Without a second thought she just blurted, “Yes, the phone is with us!” She then called out to her husband and informed him that the Police had come looking for the phone that he had found. The old man brought the phone and handed it to the Police telling them that he had found it lying on the road when he had gone to the city to sell the green gram that he had grown. He also explained to them that he knew nothing about operating the phone and was waiting for his sons to come back from work so that he could ask them to call up the owner and arrange to return it !

An honest, hard-working man indeed with very good intentions and a happy ending to an interesting chase!

Time is short and the water falls !

Time is short and the water rises’ was the title of a very absorbing article that I had read in the ‘Reader’s Digest’ way back in my childhood around the late sixties. It is the story of ‘Operation Gwamba’ through which more than 10,000 animals were rescued from certain death and relocated at Surinam by John Walsh of the Massachusetts SPCA when a new dam built by Alcoa Aluminium Corporation was causing the inundation of 870 square miles of South American rain forest. He worked relentlessly with his team for eighteen months to save helpless creatures that included sloths, armadillos, tortoises and porcupines, ant eaters and even snakes.

‘Time is short and the water level falls’ here at our dear old Karanji Lake threatening to kill all the helpless denizens that depend on it for their survival. Mind you, there are tens and thousands of them here and it is time we did something to save them. The plans of laying pipes and pumping in treated sewage are yet to take off and will certainly take a very very long time by which time it will be certainly be too late. So can we quickly pump in some fresh water from the mains running alongside the Lake to keep life going through the summer that is upon us?