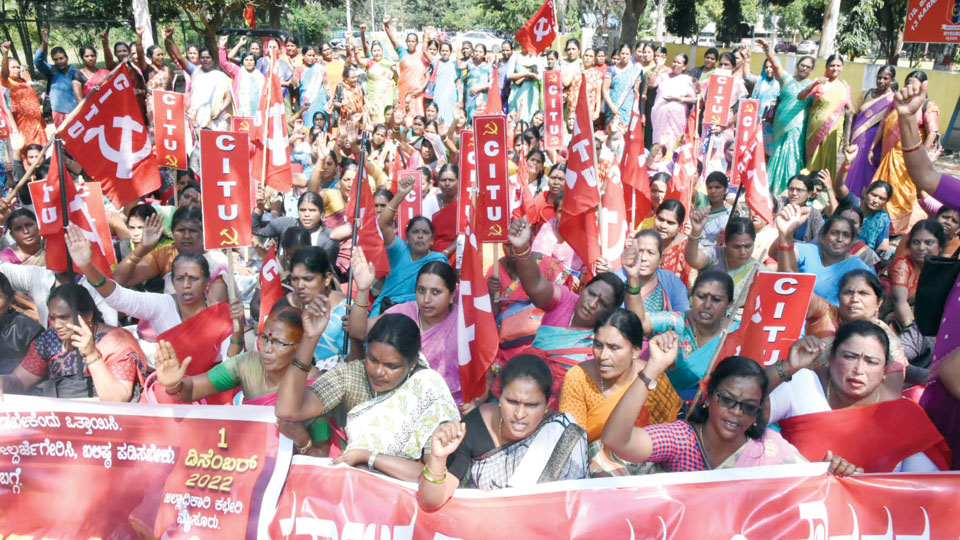 Mysore/Mysuru: Urging the Government for fulfilment of their various demands, more than 500 Anganwadi workers under the banner of Karnataka State Anganwadi Workers Association, CITU Affiliated Mysuru District Committee, took out a march from Ramaswamy Circle to the DC’s office and staged a protest.

Their demands included payment of gratuity, upgradation of Anganwadi Centres as learning centres, stop increase of disciplinary action against them and to pay salaries on time.

The protesting workers said that the Supreme Court, on Apr. 25, 2022, had given a judgement stating that as per Gratuity Act of 1972, Anganwadi workers were eligible for gratuity and accordingly, thousands of retired workers had submitted applications personally and by post to the CDPO, Deputy Director and General Secretary.

The protesters alleged that the applications were not accepted at a few places. The protesters demanded the State Cabinet to issue order to provide compensation to those who had submitted application for gratuity.