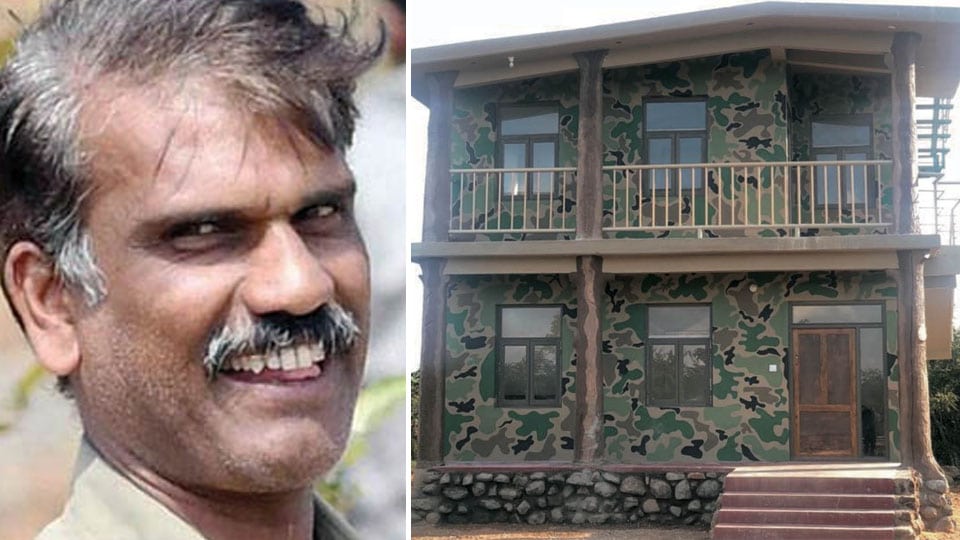 Bengaluru: An Anti-Poaching Camp, named after S. Manikandan, Conservator of Forests and the Director of the Nagarahole Tiger Reserve, who was trampled  by a wild tusker at the Doddabyrana Kuppe Forests on the World Wildlife Day on Mar.3 this year, was inaugurated yesterday on the Forest Martyrs Day at Veeranahosahalli Wildlife Range in Nagarahole Tiger Reserve.

Director of the Nagarahole Tiger Reserve and Conservator of Forests R. Ravishankar, who succeeded Manikandan, inaugurated the Anti-Poaching Camp and recalled the services of his predecessor.

The idea of establishing an anti-poaching camp at Veeranahosahalli was mooted by Manikandan to prevent the entry of poachers and tribals into the core area of the forests. Accordingly, Range Forest Officer  (RFO) M.K. Madhusudhan established the centre where there is 24×7 vigil. The centre was effective and ever since it has been established, poaching and the entry of tribals through that range, has reduced.

Forest officials then decided to construct a permanent structure with all facilities and accordingly, the structure was built and it has now been named after Manikandan. The building has two floors. While the ground floor will be used as an accommodation facility with kitchen for Forest Officers, the first floor has the facility of keeping round-the-clock vigil.

Forest Officers seen after unveiling the plaque of the Anti-Poaching Camp in memory of Manikandan.

High-resolution Binoculars will be installed at vantage points on the first floor and the sections have facilities to hold seminars and workshops. Earlier, there were no water facilities to the Anti-Poaching Camp. But now a borewell has been sunk to supply water to the unit. Apart from supplying water to the building, the borewell has the capacity to supply water to neighbouring tanks and waterholes.

At the inauguration of the Anti-Poaching Camp yesterday, Conservator of Forests Ravishankar said that Manikandan had served at the Nagarahole Tiger Reserve for two years. He played a major role in moving the safari from the core area to Veeranahosahalli Wildlife Range.

“Manikandan was instrumental in getting sponsorships to drill borewells in areas which had almost gone dry by organising solar pump-sets to draw water. Rain water feeder channels were dug to divert rain water to lakes which had dried over the years and as a result, most lakes are now full due to Manikandan’s initiative,” he said.

Manikandan was also responsible for introducing the ‘Gusth App’ at the entry and exit points of Nagarahole National Park which monitors entry and exit of vehicles and keeps track of them which go astray or go for joy ride inside the Park, he added.