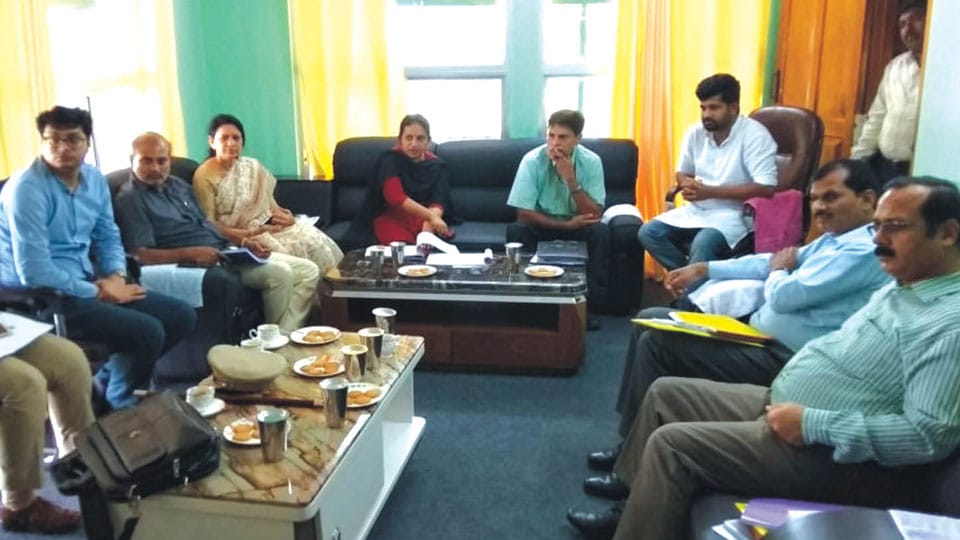 Kushalnagar: A three-member Central team arrived in Kodagu today to analyse the havoc caused by floods and landslides across the district last month.

The Central Committee comprising Anil Mallick, Jitender Panwar and Dr. Ponuswamy will conduct an inspection at Harangi Dam near Kushalnagar this afternoon to take stock of the situation.

The team, after inspecting Harangi reservoir, is likely to visit flood-ravaged places such as Makkandur, Madapura, Mukkodlu and Tantipala villages, following which the team members will gather information from the officials at the DC office in Madikeri later this evening. The Central team will also carry out inspection on Thursday as well, it is learnt.

It may be mentioned here that Prime Minister Narendra Modi during the meeting with a delegation headed by Karnataka CM H.D. Kumaraswamy in  New Delhi on Monday (Sept.10) had promised to send a Central team to Kodagu to assess the damage caused by the disaster.