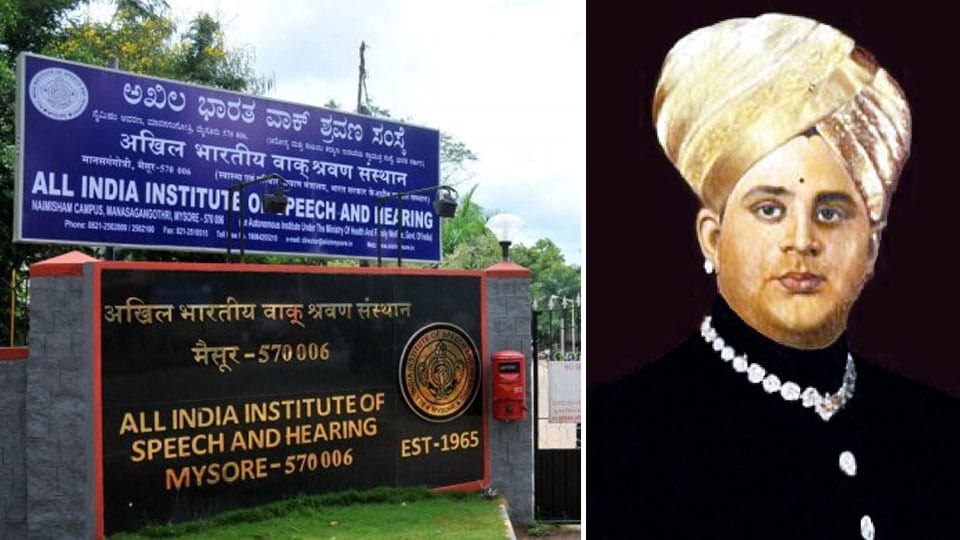 Mysuru: President of the HH Srikantadatta Narasimharaja Wadiyar (SDNR)  Foundation Pramoda Devi Wadiyar said that she has written a letter to the Union Government to re-name All India Institute of Speech and Hearing (AIISH) after her father-in-law Sri Jayachamaraja Wadiyar, the last ruler of the erstwhile Mysore State.

The University of Mysore has also accepted the proposal of Pramoda Devi Wadiyar to name the campus near foot of Chamundi Hill after Sri JCW and the same will be placed before the Syndicate for approval, said a source in the University.

Pramoda Devi said that she has requested the Union Government to release a commemorative stamp as part of Jayachamaraja Wadiyar birth centenary celebrations.

A 15-member Committee has selected the achievers in various fields like Sanskrit, Kannada, Philosophy, Wildlife, Agriculture (farmer), Karnatak Music, Sports, Cinema, Yoga and outstanding contribution to society. They will all be  honoured, with a citation and a medal on July 18, she added.