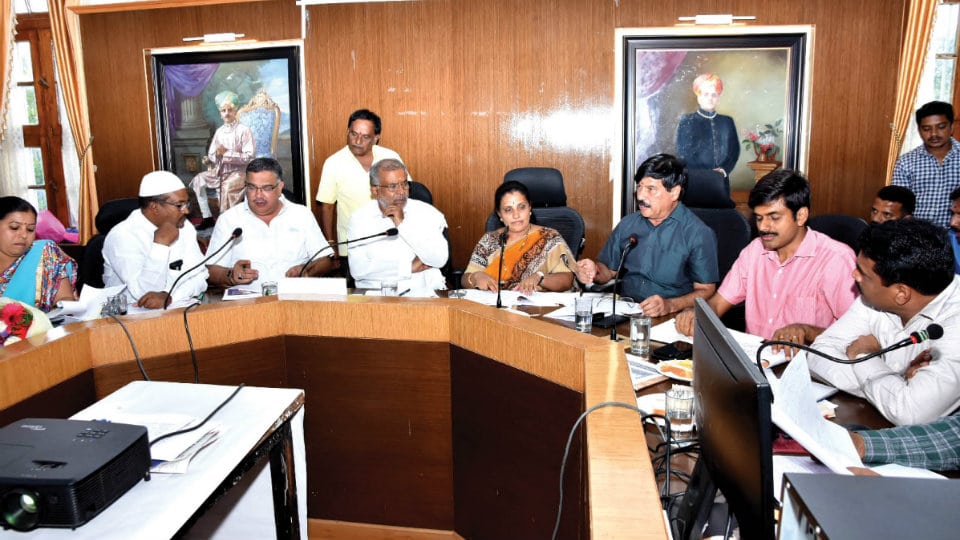 District Minister to hold Janata Darshan in city on July 4

Announcing this at a meeting  at the City Corporation Office here yesterday, Devegowda said that the MCC officials must come prepared for the Janata Darshan and give spot solutions.

Explaining the objective of holding Janata Darshan, Devegowda asked officials from MCC and MUDA to be present at the venue right from morning 6 and hear grievances of the public.

Instructing the officials to come with the spot solutions wherever possible, the Minister invited all city Legislators, Corporators and officials to attend a meeting at the MCC on July 8, where all issues concerning the city can be discussed in detail.

Devegowda, speaking to SOM here this morning, said that the Janata Darshan would go on the whole day and every problem will be attended to. There will be breakfast and lunch arranged for the public who come to air their grievances and as much as possible the problems will be redressed at the venue itself.

Directing the officials to come up with a comprehensive report on the inputs received during city rounds, Janata Darshan and other public meetings, so that it can be presented to the CM ahead of the Assembly Session starting from July 12, the District Minister said that the Janata Darshan provides an opportunity for the members of the public to freely come up with their grievances and issues bothering them.

In this backdrop, the State Chief Secretary has written a letter to the Centre appealing it to allow Aadhaar registration at GP offices too as was being done earlier, he said and added that the District Administration was doing all it could to ease Aadhaar card registration problems.