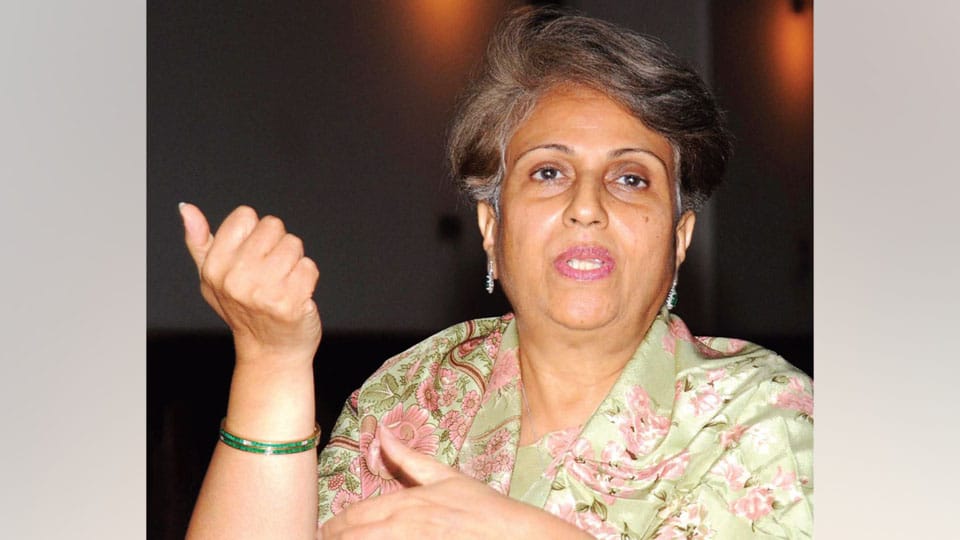 Mysuru: It is nearly three years since the member of the erstwhile royal family Pramoda Devi Wadiyar had written to the Government about the Bebi Betta land which is a private property belonging to Wadiyar family. However, in spite of waiting for so long, there is no response to the letter.

Hence, she has written one more letter to the Government dated Oct. 24 and sent it personally to be delivered to the Pandavapura Tahsildar.

Speaking to Star of Mysore here this morning, Pramoda Devi said, “I have enclosed the copy of the RTC regarding the extent of land belonging to us and to transfer the khata in my name.”

She said that she had not visited the land of late but it had come to her notice that a lot of illegal and unwanted activities are going on in the area. However, as per the records, the Amrut Kaval lands, popularly known as Bebi Betta, Survey No.1, comprises of 1,623 acres of land.

“I had initiated the proceedings in 2014 and written the letter to the Government. I had stated that in 1947 when the princely States acceded to India, Mysore royalty was also one of them. Accordingly, the then Maharaja Sri Jayachamaraja Wadiyar (my late father-in-law) had many private properties in his possession and the Amrut Mahal Kaval in Mandya district was also one of them. After an amendment to the Indian Constitution in the year 1971, the special powers enjoyed by the royal family were withdrawn. However, the rights to enjoy their private properties remained,” she said.

READ ALSO  Birth of a Royal Foundation...: What is ethical behaviour?

Pramoda Devi said that after the demise of her husband Srikantadatta Narasimharaja Wadiyar in 2013, she is managing all the properties. Hence, Bebi Betta should be transferred to her name and the documents provided.

“The Revenue Department is in the knowhow of the things. Even the Chief Secretary of the State is aware of this issue and they cannot plead ignorance about the matter. I am waiting for them to come back to me but it is nearly three years now and they have not done anything,” she said, and added, “I will have to again seek advice on this matter as to how to proceed as there are very few options left.”

However, according to Pandavapura Taluk Tahsildar D. Hanumatharayappa, they are busy with the survey of crops and the letter written by Pramoda Devi Wadiyar will be looked into and steps taken according to law.