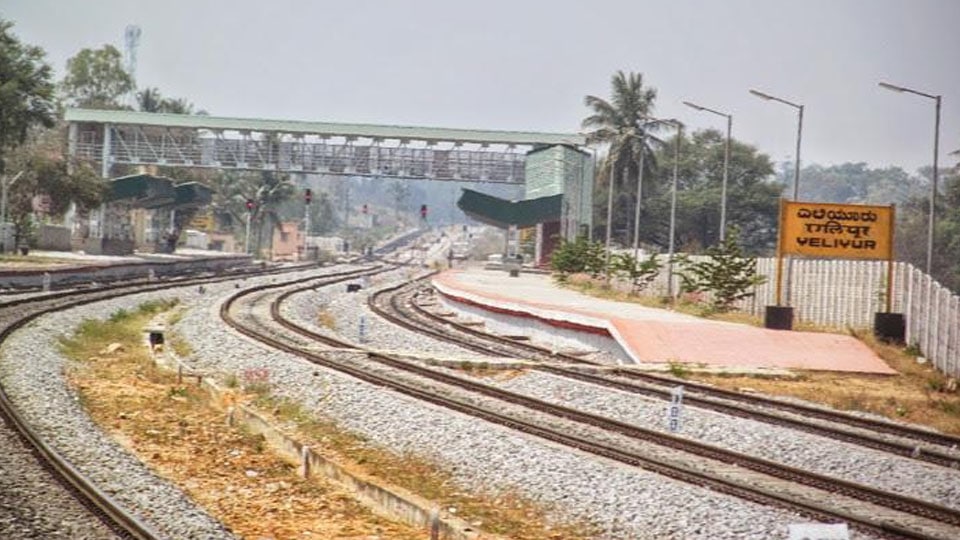 Mysuru: The much-awaited completion of track doubling work between Mysuru and Bengaluru, is finally going to be complete with the Commissioner of Railway Safety (CRS) likely to inspect the track on Nov. 4.

After the inspection, it is likely to be operational within the next two weeks. According to the South Western Railway officials the necessary files were sent to CRS K.A. Manoharan. A source in the Railways said that the electrification of track was also nearing completion and is expected to be ready by November end.

After that, the electric trains will be run between the two cities by December. This will avoid engine change currently being done at Bengaluru.

The doubling work dragged on for many years and one more reason was the time taken to shift the Tipu Armoury, which was finally done in March of this year with the assistance of two private companies. One of them was from the United States and the cost was nearly Rs. 14 crore.

The doubling project began in 2003 with the government sanctioning Rs. 14 crore for the first phase of the project between Bengaluru and Ramanagaram. The cost of the project went up from Rs. 480 crore to Rs. 875 crore with the State Government bearing two-thirds of the cost.

However, in spite of the completion of the doubling of the remaining 1.5 km stretch near Srirangapatna, it will not make a huge difference to the commuters, as the travel time will not come down much. Though the speeding up of the trains will increase, the duration of journey between the two cities will reduce only marginally because of the elimination of stops for crossing at Naganahalli and Pandavapura.

The project has helped augment the line capacity to help the Railways to operate nearly 24 pairs of trains (including weekly and biweekly) between Mysuru and Bengaluru.