Home » News » Ranganathittu Bird Sanctuary to be closed for a week 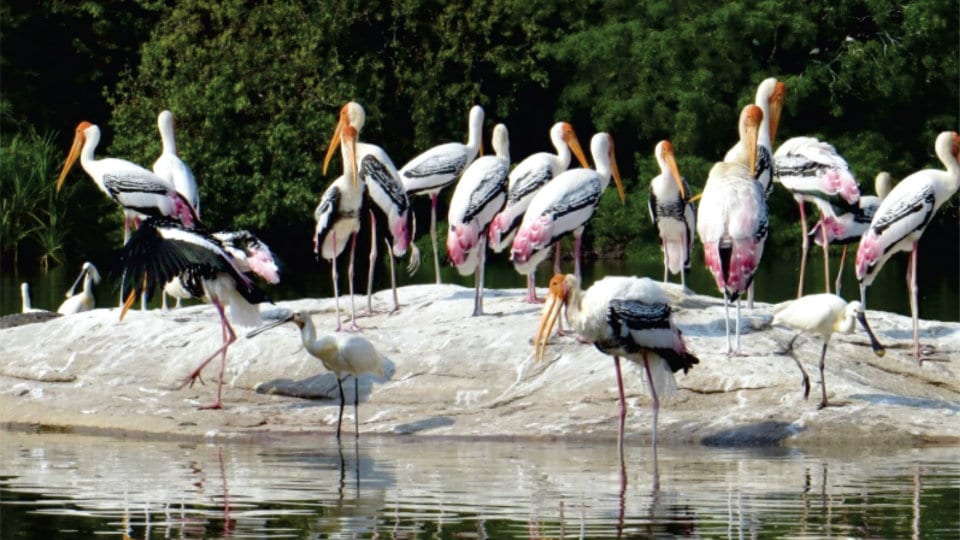 Ranganathittu Bird Sanctuary to be closed for a week

Mysuru: The famed Ranganathittu Bird Sanctuary near Srirangapatna will be closed for visitors for a week either in the last week or November or the first week of December. Reason: The Forest Department is planning to conduct a census of bird population at the sanctuary.

“Most likely, the Bird Sanctuary will be closed in the first week of December enabling us to carry out the census,” Deputy Conservator of Forests (Wildlife) V. Yedukondalu told Star of Mysore. He said that the department was conducting scientific census of birds to get the tag of “Wetlands of International Importance,” also known as Ramsar Site (RS) from the Ramsar Convention (RC).

As per rules of the RC, a bird sanctuary should have one per cent of the world population of any one of the species, he said. “Till now, whatever censuses we have conducted were based on the observation of the census officers. It was a random check and many a time we did not get accurate figures. This time, however, we have prepared  a detailed tabulation sheet and methodology for the exact word count. In the sheet, there are separate columns for male, female, adult, sub-adult and chicks,” he added.

The Ranganathittu Bird Sanctuary is spread across 214 hectares and has 13 main islands. The sanctuary houses over 219 to 230 species of birds and also rare migratory birds that come here to breed. The Sanctuary has a sizable population of 12,000 spot-billed pelicans

When asked about the logic of closing the sanctuary for visitors, Yedukondalu said that the presence of visitors and the simultaneous bird census will disturb the birds. “We want exclusivity as over 10 to 12 trained forest officials will do the census work,” he said. Apart from counting birds, each nest will be counted, he added.

Ranganathittu attracts over 1,200 visitors every day and every year, over 4,500 foreigners visit it. Every year, the bird sanctuary gains visitor revenue of Rs. 5 lakh.

What is Ramsar Convention?

The Convention on Wetlands, called the Ramsar Convention, is the intergovernmental treaty that provides the framework for the conservation and wise use of wetlands and their resources.

The Convention was adopted in the Iranian city of Ramsar in 1971 and came into force in 1975. Since then, almost 90 per cent of UN member states, from all the world’s geographic regions, have acceded to become “Contracting Parties.”