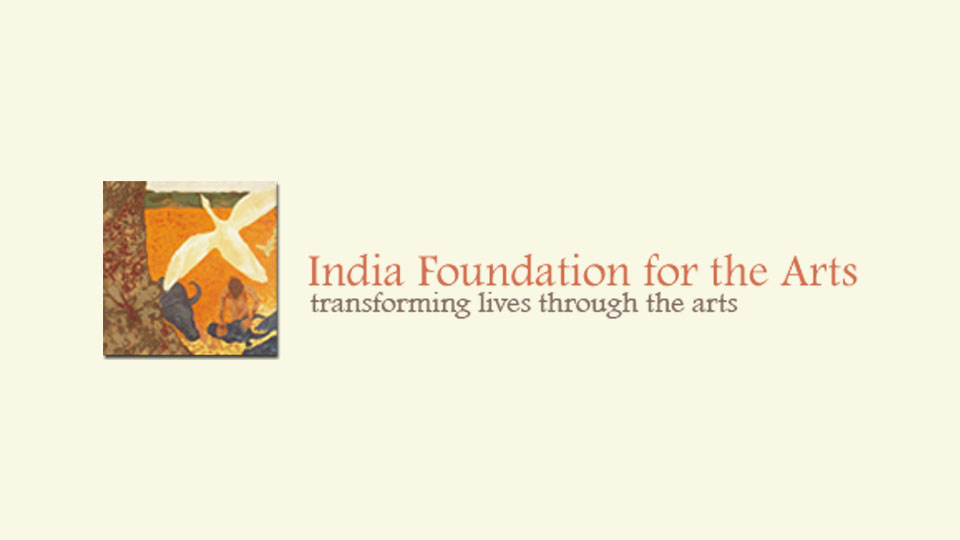 Archives and Museums Programme of India Foundation for the Arts

Mysore/Mysuru: India Foundation for the Arts (IFA) in collaboration with Star of Mysore (SOM), Mysuru, has invited online applications for two IFA-SOM Creative Projects under its Archives and Museums programme which IFA  will implement.

The Archives and Museums programme of IFA has been initiated with a two-fold objective: To provide arts practitioners and researchers an opportunity to generate new, critical, and creative approaches for public engagement with archive and museum collections; and to energise these spaces as platforms for dialogue and discourse.

The IFA-SOM and IFA-MM Creative Projects offer Project Coordinators the opportunity to engage with and research this archive over a period of a year and create public programmes such as exhibitions, talks, workshops, etc. both online and offline, over the project period, which IFA will implement.

Applications are invited from curators, visual artists, researchers, journalists, writers, performers and other creative practitioners with a strong interest in research and working with archival collections.

Practitioners who are Indian nationals are eligible to apply. Applicants from Mysuru and places close to the city will be given preference as the Project Coordinators will need to spend a considerable amount of time at the archive during the project period.

Interviews of shortlisted candidates are expected to take place in early March 2022.

The project will commence at the end of March 2022 for a period of one year.

Due to the current pandemic situation, applications may be sent via email to Suman Gopinath at: [email protected]