Home » News » Are you out to build your son’s political career on Ambarish’s grave?: Sumalatha to HDK 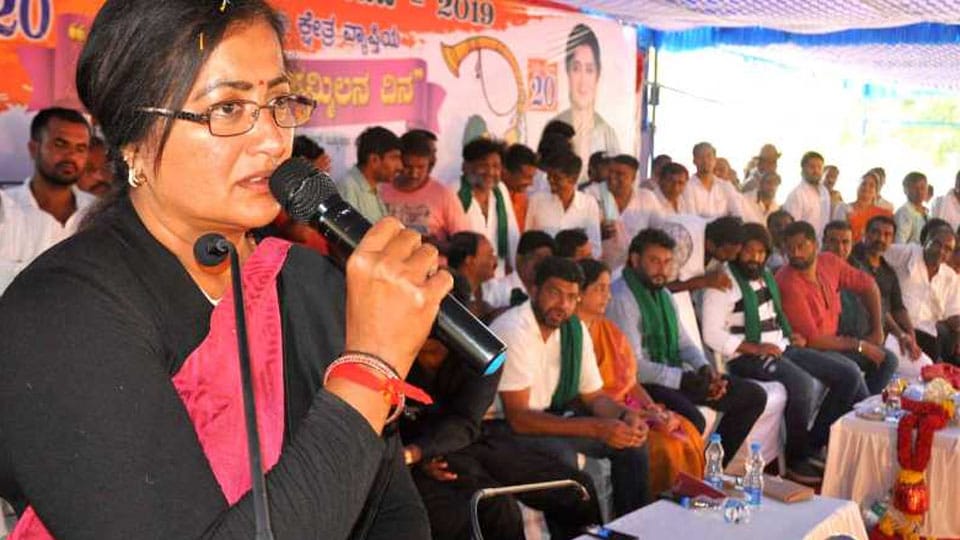 Are you out to build your son’s political career on Ambarish’s grave?: Sumalatha to HDK

Mandya: Are you going to build your son’s political career on the grave (Samadhi) of Ambarish, asked Mandya Independent Lok Sabha candidate Sumalatha Ambarish to Chief Minister, launching a scathing attack on him.

She was speaking at the Swabhiman Samavesha here yesterday and said that the CM keeps talking about bringing Ambarish’s body to Mandya time and time again and taking credit for it. By talking about it repeatedly, all he is doing is bringing me pain, she said with tears in her eyes. “That day when I cried in front of my husband’s body there was pain in my tears but today there is strength in my tears,” she said.

“Are you out to build your son’s political career on Ambarish’s Samadhi? What kind of politics is this you are doing? If I had known that you are going to use the last rites for political gains, Yash and Darshan would have come forward. The whole film industry would have joined us and fulfilled the wishes of people of Mandya,” she said.

“The CM is claiming that he was responsible for bringing Ambarish’s body to Mandya. Is Ambarish a zero? Did he not have any credentials?” she caustically asked.

When he came for the condolence meeting he pacified me saying “I am like your brother.” But now look how he has changed his stance. Is it wrong for a wife who has lost her husband to shed tears? What is he doing now while campaigning, she retorted in an angry tone.

Pointing a finger at the CM and with a rage in her voice she revealed that it was her son Abhi and other leaders who insisted that her husband’s body be brought to Mandya and not Nikhil who claimed that it was he who had suggested.