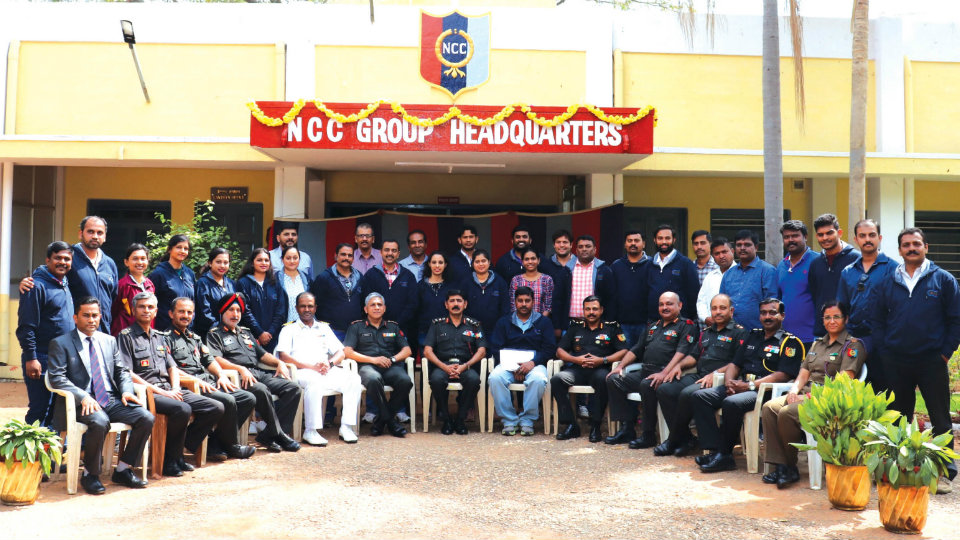 Mysuru:  xCads, a forum of ex-NCC Cadets, felicitated the Armed Forces Officers, who are currently with the Mysuru Group NCC, on the occasion of 70th Republic Day recently. In all, 15 Officers were felicitated, including three in absentia.

Speaking on the occasion, Col. Kishore Belliappa, Group Commander, Mysuru NCC Group, said that he and his officers were very happy to have been recognised by the xCads.

He said that many NCC Officers were working for the welfare of the youth and the support provided by xCads was timely and helpful.

Speaking on the occasion, Col. K.C. Iyappa said that the xCads and the concerned authorities were co-operating and supporting in various activities of Mysuru NCC. Mysore University has supported NCC activities by allowing NCC Cadets attending the various camps to take exams at a later date, he mentioned.

xCad Dr P.M. Shivaprasad  proposed a vote of thanks.

The event was coordinated by xCad B.N.Pramodh. In all, 40 xCads were present during the occasion.