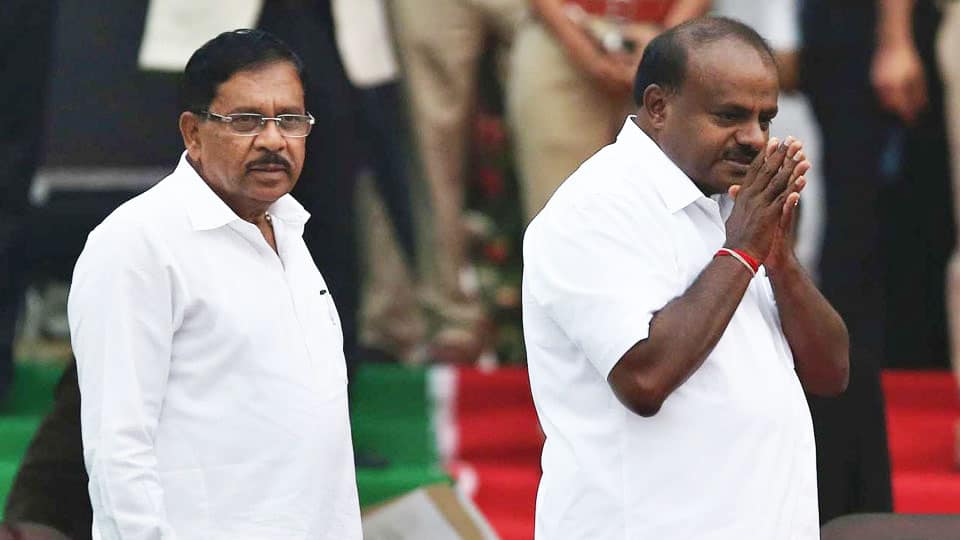 Hubballi: A Hubballi- based astrologer has predicted that the JD(S)-Congress Coalition Government may fall by Mar.5 due to inherent contradictions. Speaking to press persons here on Monday, Vidwan Ganesh Hegde, President of Akhila Karnataka Jyotirvigyan Samshodhana Samsthe, said there was possibility that the coalition partners may become bitter rivals ahead of the Lok Sabha polls and the State Government may fall by Mar.5.

Referring to Astrological Stars, Hegde said that former Chief Minister Siddharamaiah is aspiring to become the CM again and there was every possibility of a change in the Chief Ministership.

Asserting that Narendra Modi will continue as the Prime Minister after the forthcoming polls, with the NDA alliance likely to get more than 285 seats, he said that the BJP was going to win more than 15 Lok Sabha seats in Karnataka and Yeddyurappa was going to form the Government as the present Coalition Government was going to fall.