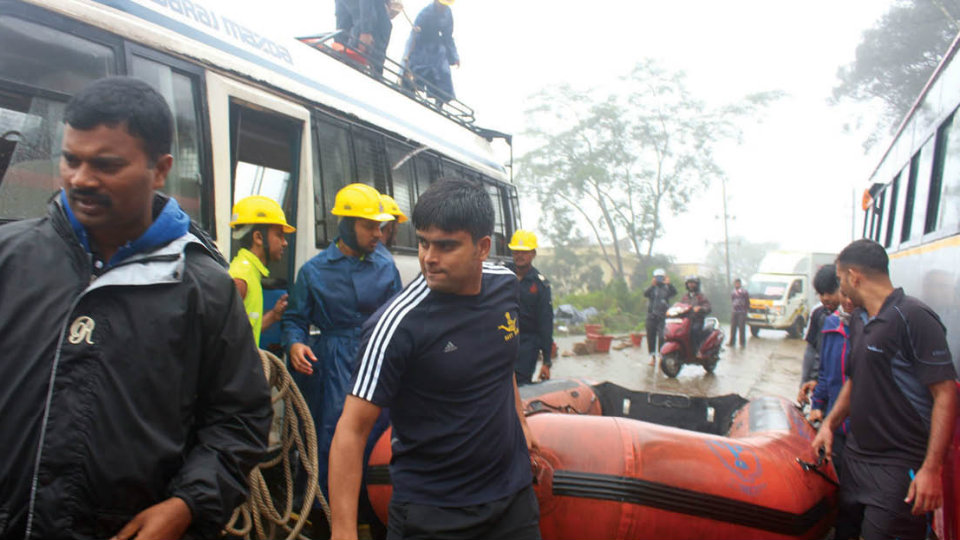 Madikeri:  Even as the entire Kodagu district continues to reel under natural calamities caused by rain fury, the Army has stepped up the rescue and relief operations in the district.

The Army personnel, comprising 60 soldiers from Dogra Regiment and 73 technical staff of the Indian army, walked by foot through the terrains for nearly 10 kms as trucks could not travel through the difficult terrains. The personnel used all their expertise in rescuing stranded people at Makkandur amidst floods and pounding rains. 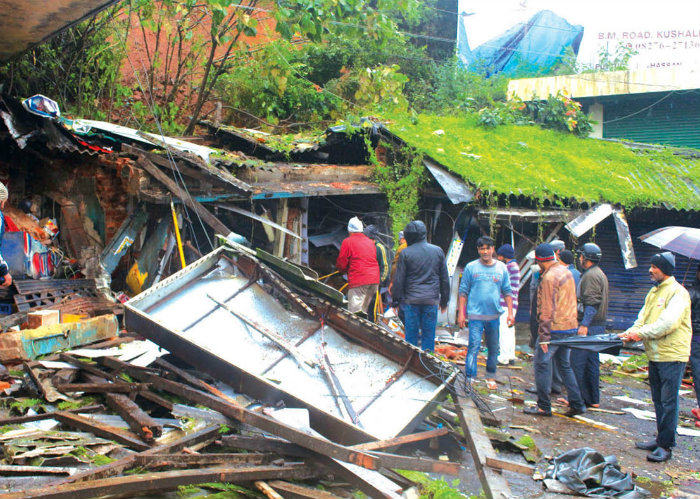 Meanwhile, nearly 300 stranded people have taken shelter at MLC Veena Achaiah’s residence at Mukkodlu, about 350 persons in the residences of former ZP President Ravi Kushalappa and Hanchettira Manu Muddappa and 100 persons at a shop in Soorlabbi village, it is learnt.

The Army is making all out efforts to rescue stranded people in hilly terrains.

Meanwhile, a team of doctors from neighbouring districts of Mysuru and Hassan have arrived in the district and is attending to the medical needs of stranded people.

Meanwhile, one Gilbert has gone missing after a house collapsed at Katakeri in Madikeri Taluk on Saturday. Two other occupants of the house — Stella and Hallis who sustained injuries, have been rushed to K.R. Hospital in Mysuru. Even as rescue operations has gained momentum, there was let up in the rains in the district last morning, bringing some sort of relief to the people.

READ ALSO  COVID test to be made mandatory for tourists: Minister Dr. Sudhakar

But the people are scared to travel as a majority of the roads have been badly affected by landslides and road collapse resulting in rescue personnel finding it difficult to reach the people in distress.