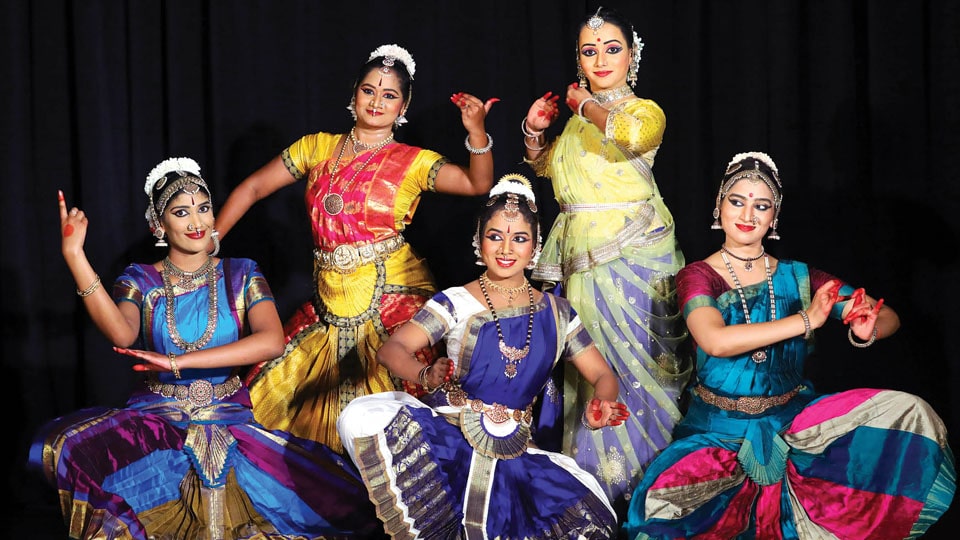 The 38th series of Articulate (Mysuru) Festival, held at Veene Sheshanna Bhavana, Ganabharathi, Kuvempunagara, saw a showcase of five female classical dancers, four in Bharatanatyam and one in Kathak.

Akaksha Girish, being tall, was an asset for her histrionics in the dance. Her Nrutta and Abhinaya was at a perfect balance neither overtaking the other, a blend so well defined in her execution.

Shobha chose all the three numbers that was dominated by sahitya giving very little scope for showing the technical accomplishment of the tough gramme that Bharatanatyam demands. However, her abhinaya did succeed in translating the contents of the poetry.

Her sprightly and lively performance was echoing the newly born fawn in the spring. Her limbs did display the strength and energy of Shiva in her Ananda Tandava, as a contrast to the subtlety of emotions displayed in her padam. The tillana gave her the mark of approval of her artistry.

Bianca did justice to the choreography and training of Kandaswamy. Her abhinaya and technical aspect of dance had her equal attention, and that she did give, leading to audience high appreciation.

Akshatha Amin, disciple of Guru Mysore B. Nagaraj, performed Chandh-Kavith to establish the Nrutya aspect of Kathak and a Kannada composition ‘Ninnagalai Pogalarenu’ of Haridas Sri Vijaya Vittala starting with a ughabhoga of Sri Purandara Vittalain the Thumri ang of the classical art. Both items based on Sri Krishna.

Akshatha Amin surprised the audience through her abhinaya of a nayika who expresses her inability to endure any more separation from her beloved Krishna.

Added to this beautifully emoted performance, using Kannada sahithya and framing it in the Hindusthani tradition, was a fresh breeze in the dance scene.

Also was her opening act that proved the existence of rap like rendition which percolated through ages in new avatars.

Even when it drizzled heavy in the monsoon season, the Mysuru audience packed the hall only to be taken on a classic sublime dance journey while dancers danced during the drizzle.