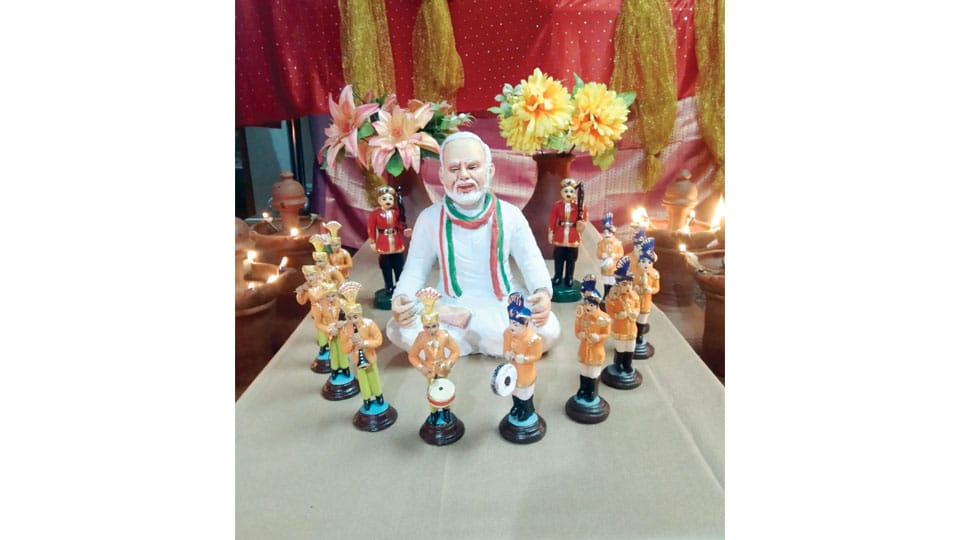 Revanna has made this idol out of clay and kept it at his home in Kumbarageri located along K.T. Street.

Revanna had earned attention during last year’s Ganesh Chaturthi too when he had made an idol that featured Modi taking part in Ganesha Festival.

Speaking to Star of Mysore, Revanna said that the idol featuring PM Modi was created as he was inspired by the PM’s Mysuru visit. He said that the PM’s idol, painted in white, is 1.3 ft in height and there are dolls of music band players on all sides, with two standing behind the PM and 12 others playing music around him.

He maintained that he has thoughtfully arranged the dolls of the band music players playing different instruments around the PM’s idol. Each of these dolls is smaller than the main one, he added.