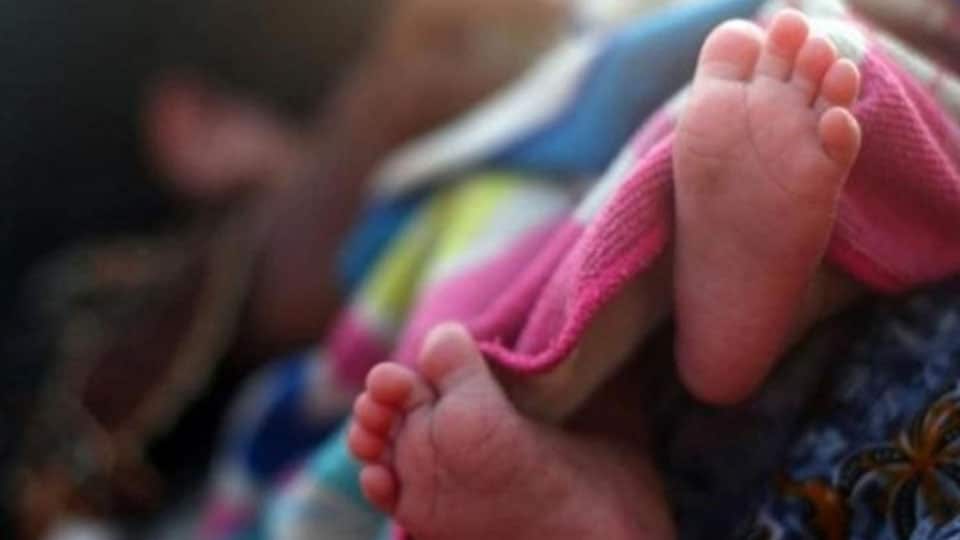 Unable to raise the kid, woman sold the baby to a couple in Hassan

Nanjangud: ASHA workers, who had been to supply nutritional food to a child in Nanjangud, detected a child sale case where the mother, unable to raise the child, had sold it off to her relatives in Hassan. The one-month-old child has been rescued now and a Police complaint has been lodged.

The woman, a resident of Chamalapura, gave birth to a male child a month back and as per the Government policy of supplying nutritional food to prevent malnourishment in children, ASHA workers visited the woman’s house for food supply. The ASHA workers, who had the child birth in their records, questioned the woman about the child when the latter replied that the child had died last week.

Unconvinced by her evading replies, ASHA workers asked the woman about the cremation details and here too the woman fumbled for answers. Later, the ASHA workers informed the Child Development Project Officer (CDPO) and also the Child Welfare Committee (CWC). A Police complaint was lodged at Nanjangud Town Police Station and the woman was questioned about the child’s whereabouts.

During questioning, the woman told the Police that  she had given the child to her relatives. Based on the information, a Police team visited Holenarasipura taluk in Hassan district and brought the child back to Mysuru. The kid has been handed over to Sthree Seva Nikethana Ashram in Mysuru.

After the child was rescued, the Police have stated that an organised child-selling racket was flourishing in Mysuru and surrounding areas and certain private hospitals too are involved in the cases and they facilitate the sale to childless couples as the money involved here is huge, they warned. This particular woman had given birth at a private hospital in Udayagiri, Mysuru and not at any Government Hospital, the Police said.

CDPO Kavitha told the meeting that the woman’s husband had passed away a few months back and unable to bring up the child, she had sold it off to a childless couple at a village in Holenarasipura. The incident came to light as the woman had lied to ASHA workers.

As per the statements given by the local residents, three years back too the woman had claimed that her baby died before birth. A Police complaint had been lodged then and the investigation is still under progress, the CDPO replied. Dr. Krishnaraju asked the CDPO to closely follow up on the two cases and ensure that all the accused are brought to book.