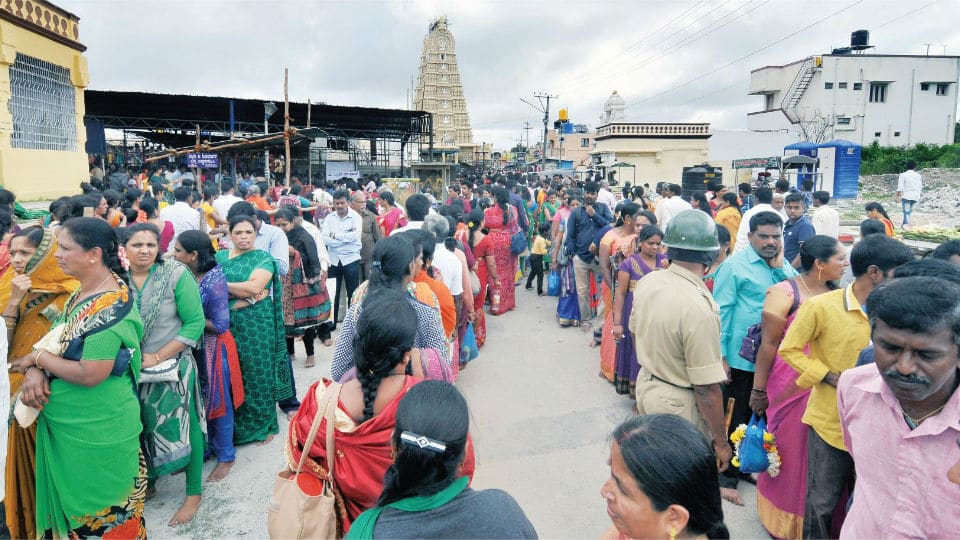 The entry ticket money was counted yesterday, a day after the first Ashada Shukravara. Thousands of devotees had thronged the temple and the shrine was open from dawn till late in the night. While there was free entrance, Rs. 50 was charged for special entrance and devotees who took the Rs. 300 ticket had an opportunity of special darshan and an Abhisheka in their names.

Apart from entry tickets, the temple gets good revenue from its hundis (offering box) and is considered as one of the richest temples in Karnataka after Kukke Subramanya, Dharmasthala Manjunatheshwara, and Male Mahadeshwara temples. Apart from cash, the temple also receives gold and silver as offerings.