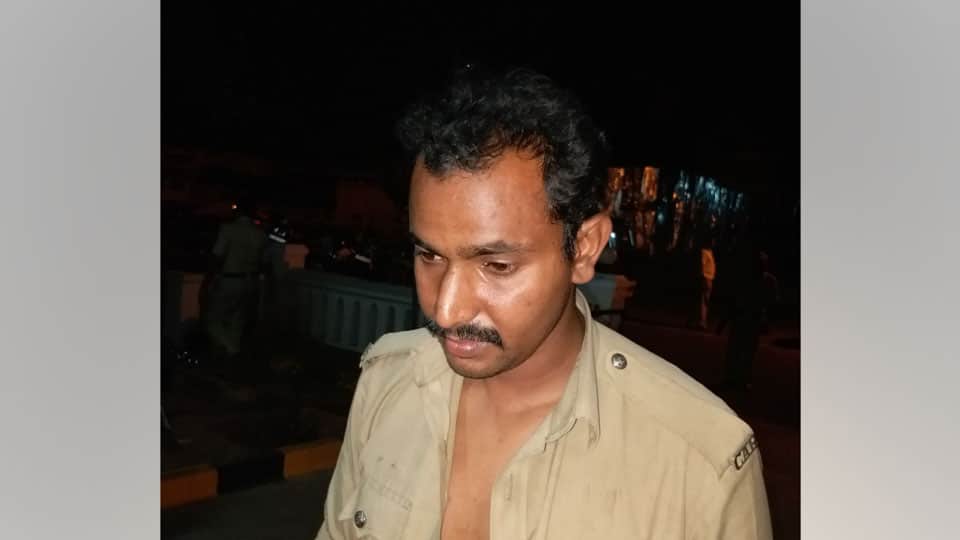 Mysuru:  Lakshmipuram Police have taken an advocate into their custody for allegedly assaulting a City Armed Reserve (CAR) Police Constable, who was deployed for security at the City Court Complex here, last night.

According to Lakshmipuram Inspector Mahadeva Shetty, Advocate Andani on Wednesday night at about 9.30 pm had consumed liquor in the Court Complex premises and picked up a fight with CAR Constable Sadiq over opening of the gate and assaulted Sadiq, thus preventing a Police personnel from discharging his duties.

Inspector Mahadeva Shetty told SOM that he has brought the matter to the notice of higher authorities and added that further action would be taken after medical tests are conducted on both of them.