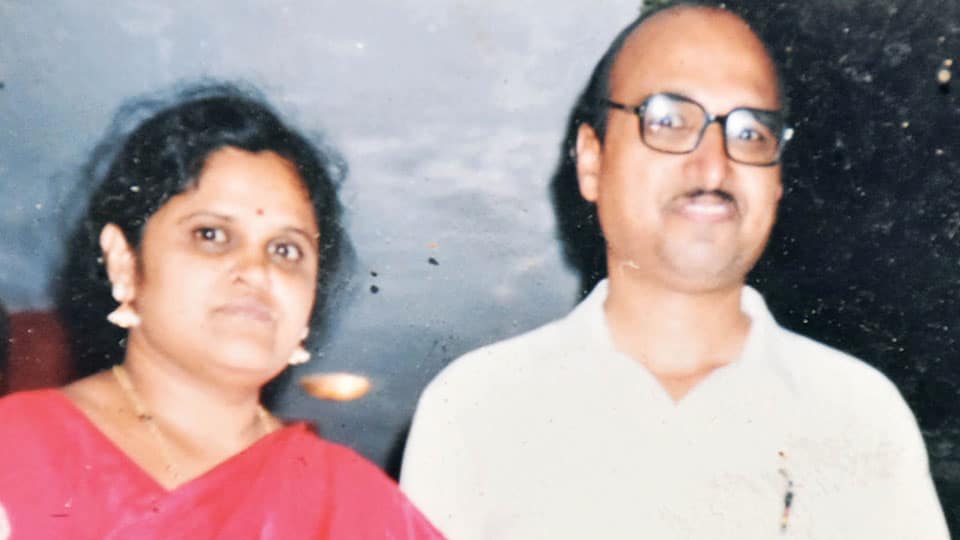 Mysore/Mysuru: A doctor couple of the city, who sustained grievous injuries when they were assaulted by a youth  and robbed of their gold jewellery (a bangle and a chain) at their home in Vijayanagar 2nd Stage over a week ago, have been discharged from the Hospital .

Dr. Keshava P. Raichurkar and his wife Dr. Krishnakumari were undergoing treatment at a city hospital after they were assaulted by a youth who intruded their house on the night of Jan. 28, 2021. They were discharged from the hospital a couple of days ago after recovery and many of their relatives, well-wishers and friends have been visiting them since then.

Meanwhile, Vijayanagar Police, who are investigating the case, have launched a manhunt to nab the absconding intruder who has identified himself as Nitin.  Even as he assaulted Dr. Keshava Raichurkar and Dr. Krishnakumari, Nitin had  reportedly told the Doctor couple that he had assaulted them for not giving him a job at the Diagnostics Centre which they ran.