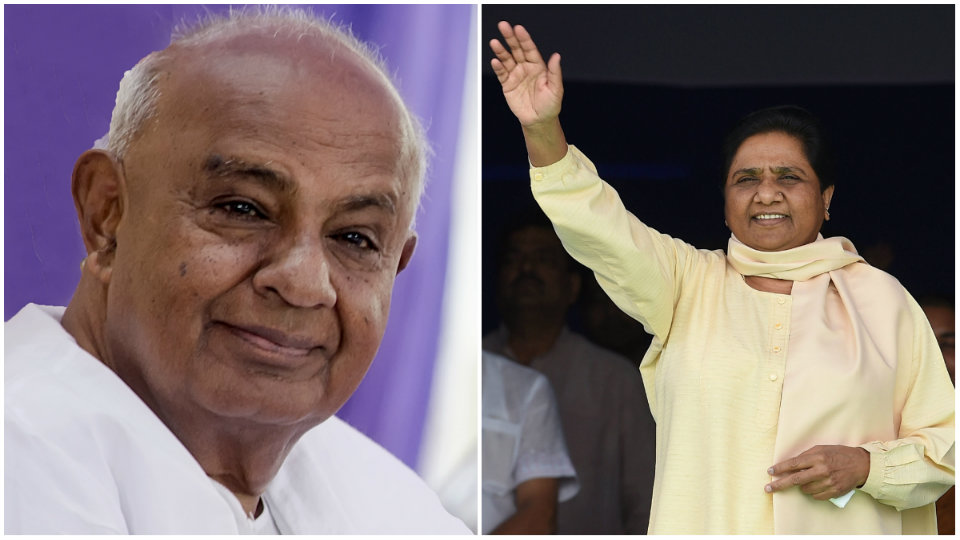 New Delhi: Ahead of the Assembly polls in Karnataka, the JD(S) and Mayawati-led Bahujan Samaj Party (BSP) on Thursday announced an alliance with an eye on the sizeable dalit votes in the State.

BSP General Secretary Satish Chandra Mishra and JD(S) General Secretary Kunwar Danish Ali, who addressed a joint press conference here, said the JD(S)-BSP alliance will be formally launched on Feb. 17 in Bengaluru at a rally that will be addressed by former Prime Minister H.D. Deve Gowda and BSP Supremo Mayawati.

Out of the 224 Assembly segments in the State, the BSP will contest 20 seats, he said and added that the in-principle agreement to join hands was taken at a meeting between Deve Gowda and Mayawati on Feb. 1 at New Delhi.

Describing the alliance as a path-breaking move that would have large ramifications for Indian politics, Ali said in Karnataka, the BSP will be contesting from 8 SC/ST reserved and 12 general Assembly constituencies spread across 14 districts and added that the JD(S) will fight for the remaining 204 seats.

Constituencies where BSP will contest