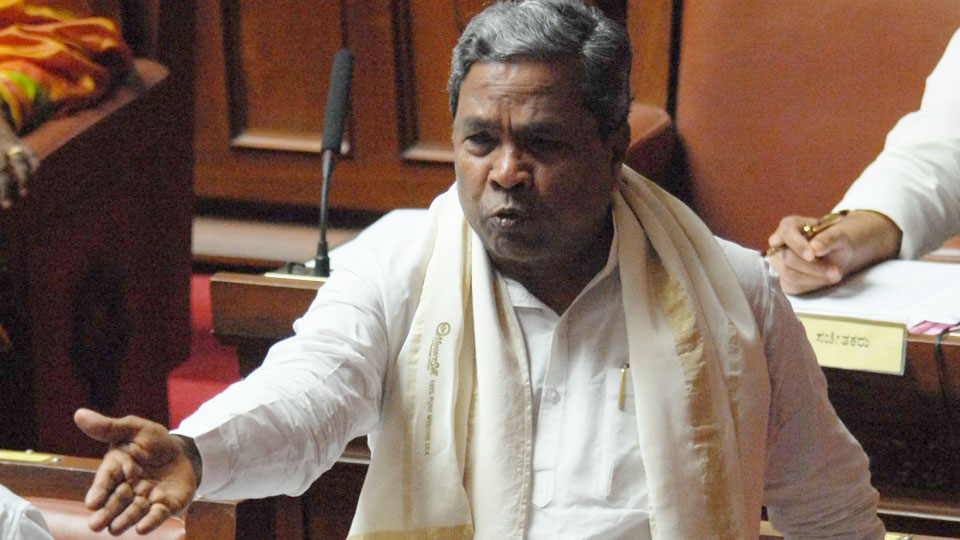 Govt. does a U-turn; withdraws notice on Hindu Mutts

Bengaluru: Under fire from various quarters, Chief Minister Siddharamaiah yesterday announced that a notification inviting suggestions on the regulation of Hindu Mutts and other religious institutions will be withdrawn.

The Department of Religious and Charitable Endowments (Muzrai), on Jan. 29, had issued a notification inviting public opinion on the proposal to bring mutts, temples and other religious centres under its ambit.

A heated debate was witnessed in both Houses of the Legislature on the issue yesterday. The Leader of the Opposition in the Legislative Council K.S. Eshwarappa even sought to move an adjournment motion, accusing the government of being ‘anti-Hindu’. He said “This is a mischief. Why don’t you include Muslims? It’s shameful that we are even discussing a subject like this. Are Hindus and Hindu religious institutions taken for granted?”

There is no question of the government taking mutts and temples under its control,” he clarified.

He said the Division Bench of the High Court of Karnataka had quashed the Endowments Act and directed formulating a new Act, following which a public opinion was sought. “A similar public notice had been issued during your (BJP’s) rule by the committee headed by former Chief Justice Rama Jois. Why were you silent then?” Siddharamaiah asked, displaying copies of the previous public notice.

BJP State president B S Yeddyurappa accused the State Government of indulging in vote-bank politics by trying to take control of mutts, temples and other religious institutions in the State.

“The Siddharamaiah Government is again targeting Hindus. Why take control of religious institutions of only certain communities? Is this social justice you (Siddharamaiah) are working for?” he asked.

The House witnessed heated discussion among BJP and Congress members over the matter. Later, unhappy with the answer and demanding an apology from the Chief Minister, BJP and Janata Dal (Secular) members staged a walkout.

This is the second time that the government, embarrassed over the content of government communiqué’s, has made a U-turn. Earlier, a communication to Superintendents of Police, seeking their opinion on withdrawal of cases against minorities, had turned the heat on the government.

The government then announced that it was not applicable only to minorities.