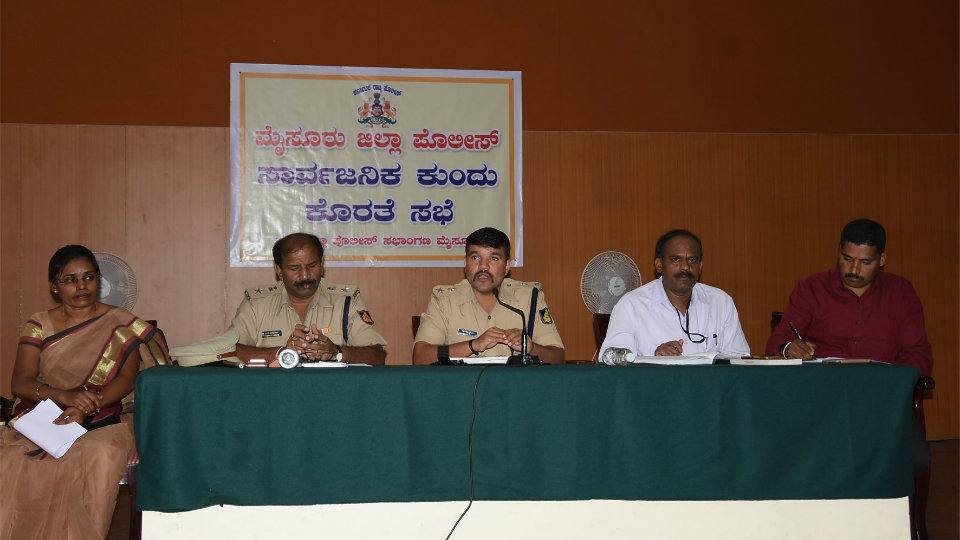 Mysuru: As part of his initiative to meet all stakeholders of various sectors in order to hear and address their grievances, SP Ravi D. Channannavar held a meeting with Labour Union Leaders and workers of the district at his office here this morning.

Soon as the meeting began, some union leaders alleged that industry owners were harassing the workers if they resorted to protest or stir to demand facilities that are rightfully due to them. They further alleged that the owners would use their money power and influence to crush their protest by unfair means. Even the Police too were not helping the labourers and in most of the times, the protesters have to cope up with unjustified Police action, which included not allowing  pitching of tents, access to civic amenities such as drinking water & toilets etc., they alleged.

Maintaining that they had all the rights to stage strikes etc. with in the purview of law in order to register their protest, the union leaders highlighted the plight of workers serving in various industries.

They also questioned the inaction of the Labour Department for resolving industrial disputes in a fair and amicable manner.

SP Ravi D. Channannavar after hearing and registering the complaints and grievances of labour leaders, said that the Police will step in only when there was violation of laws.

He said that the workers can directly complain to him when there was harassment in the workplace.

The SP directed the labour authorities to take necessary measures to ensure that the rights of workers are protected at the workplace.

About 60 labour leaders and workers from across the district took part in the meeting.