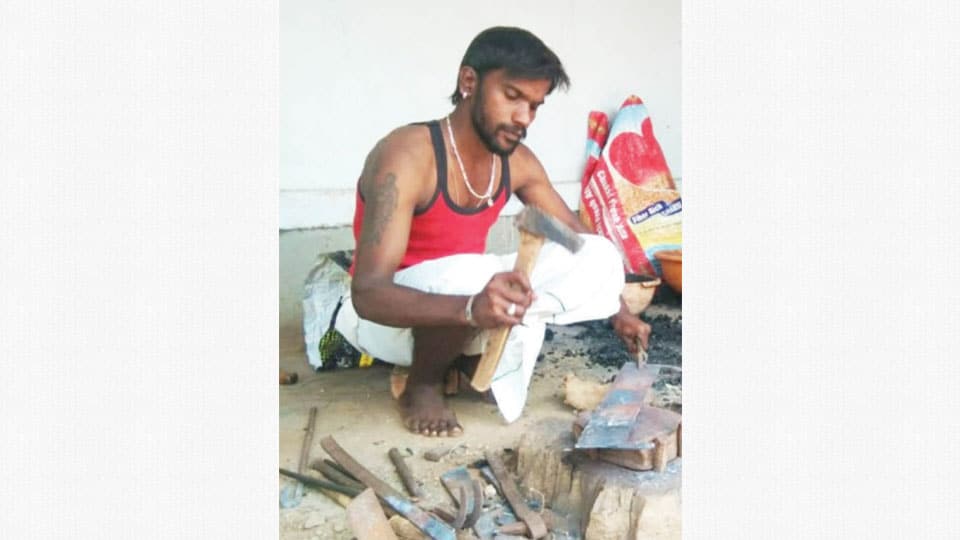 Begur: With film and television-related production coming to a standstill amidst nearly a month-long lockdown this year, a film personality who had been working in the Kannada movie industry for many years has now returned to his native village and working as a blacksmith.

A native of Bettadamadahalli village in Gundlupet taluk, Bhadra B.M. Halli has worked as an Assistant Film Director and lyricist in Kannada cine industry since last eight years. Once again, the COVID-19 pandemic has devastated the movie industry halting shootings and closing movie theatres across the State.

Amidst the crisis, Bhadra has now returned to his native village and working as a blacksmith, which he says is their family occupation.

He had recently released an album song ‘E Preethi Onthara,’ directed by himself.

Bhadra B.M. Halli has also written the story for the movie ‘Amayaki’ and six songs for Kannada movie ‘Jai Veeranjaneya’.