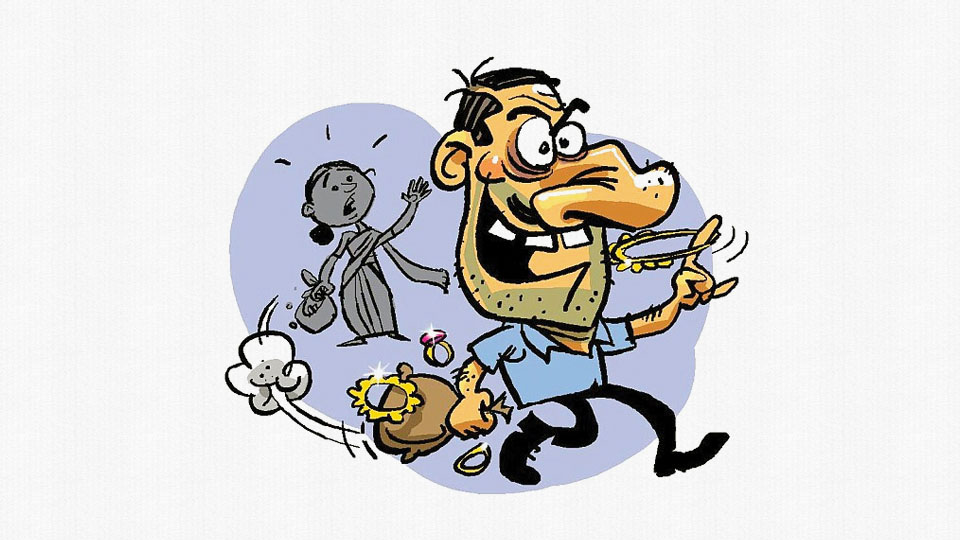 Mysore/Mysuru: A 21-year-old girl, using her presence of mind and displaying bravery, not only saved her gold chain from being snatched, but also hit the chain-snatchers who had come in a car with a stick, which helped the public to nab the miscreants. The incident took place near a hotel on JLB Road here yesterday.

Yesterday morning, the girl, identified as Sowmya, was walking her dog near a hotel on JLB Road when a miscreant snatched her gold chain and jumped into a waiting car.

But Sowmya, without panicking and using her presence of mind and displaying courage, went after the chain-snatchers and hit the person who was behind the wheels of the car with the stick she was carrying. This resulted in the car driver hitting a roadside tree and also a goods vehicle before bringing the car to a halt. Soon, passersby managed to catch hold of the miscreants and handed them over to the Police.

Vidyaranyapuram Police have registered a case.