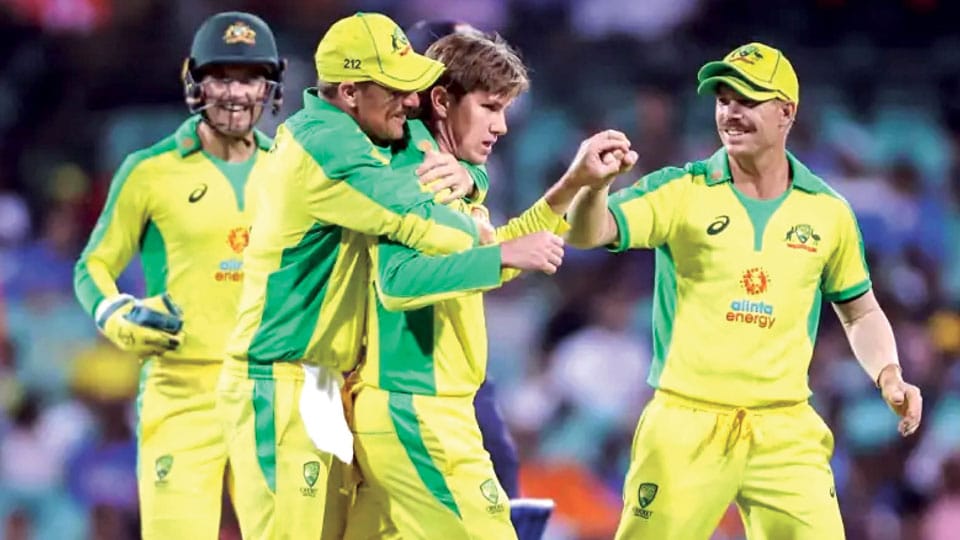 Australia defeated India by 66 runs and took a 1-0 lead in their ongoing three-match ODI series yesterday. The match took place at the Sydney Cricket Ground.

Australia captain Aaron Finch won the toss and elected to bat. Finch and Steve Smith scored centuries to power the hosts to a huge total of 374 for six after 50 overs. Finch scored 114 runs from 124 balls, meanwhile, Smith slammed 105 from 66 deliveries.

David Warner also contributed with the bat, scoring a half-century, and Glenn Maxwell scored a quickfire knock of 45 runs from 19 balls. Mohammed Shami was the leading bowler for India, grabbing three wickets.

Having been set a target of 375 runs, India lost Mayank Agarwal, Virat Kohli, K.L. Rahul and Shreyas Iyer cheaply. Although, Shikhar Dhawan and Hardik Pandya tried to anchor their side’s chase, they failed to take India past the line.

Next match will be played tomorrow (Nov. 29) at Sydney starting from 9.10 am (IST). Catch live on DD Sports and DD National.