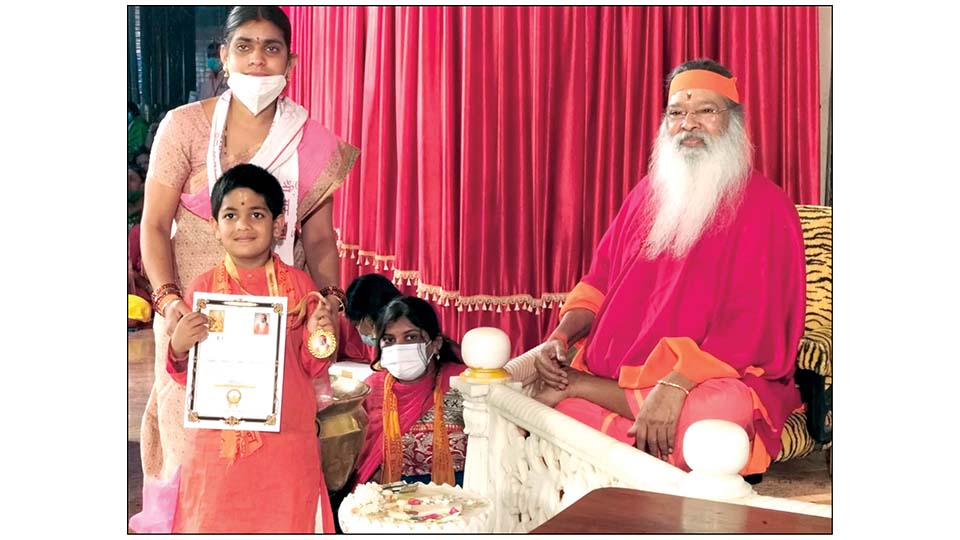 Avadhoota Datta Peetham had organised classes for memorisation of 18 Chapters and 700 Shlokas of Bhagavad Gita and had conducted exam for the same which was attended online by students from across the globe. In all, 3,000 people have taken part in the exams held in batches since 2017.

In the beginning of 2021, the 9th batch of 900 interested candidates had taken part in the exam which was judged by Sanskrit scholars. Out of those, 500 students, who cleared the exam, were awarded medals and certificates by Sri Ganapathy Swamiji yesterday.

Five-year-old Neha of Guntur and 71-year-old Vishwanath of Amalapura in Andra Pradesh, Kasturi Devi of Hyderabad and Jayanti of Vellur, who received certificates at the event were the cynosure of all eyes.

The 10th batch is being readied for the exam and they will be distributed with certificates and medals at the Gita Jayanthi programme to be held in the month of December.